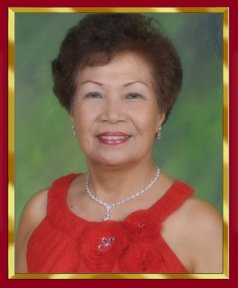 Edith Mijares Ardiente is a retired Vice President, Environmental and Energy Affairs at Navistar International Corporation, one of the world’s largest commercial and military truck, school bus and engine manufacturers. She was hired as Manager of Environmental Affairs in 1987, was promoted to Director in 1991 and was elected by the company’s Board to the Vice President position in May 2000 and served in this capacity with increasing responsibilities until her retirement in 2012.

She was manager of environmental protection for Borg-Warner Corporation (1986-1987); was section chief of the hazardous waste permitting program and the air enforcement program at the United States Environmental Protection Agency, Region 5 (1979-1986); was senior chemical engineer at Sargent and Lundy Engineers (1973-1979); and was technical secretary at Commercial Testing and Engineering (1970-1973). Prior to coming to the United States in 1970, she was an engineering instructor at the University of San Agustin in the Philippines

In 2005, Edith served as President of the International Air and Waste Management Association (AWMA), the first Asian and the second woman to hold this position at the 100-year old association, which operates in over 65 countries and has over 4000 members. She was the first woman president of the Philippine Engineers and Scientists Organization (1986-1987) and was founding president of the University of San Agustin Alumni Association Midwest Chapter (1984). From 1994 to 2004, she served as a member of the Board of Overseers of the Illinois Institute of Technology’s Stuart School of Business and was Chair of Stuart’s Masters in Environmental Management Program. In 1993, she served as TOKTEN (Transfer of Knowledge Through Expatriate Nationals) consultant to the Philippines under the United Nations Development Program. She has lectured , written and presented papers on environmental management in several countries, including the United States, Canada, Mexico, Philippines, South Korea, Japan, China and Brazil.

In 2006, she received a PAMANA NG PILIPINO professional excellence award from President Gloria Macapagal Arroyo of the Philippines. Some of her other awards include: Filipino Women’s Network as one of the “100 Most Influential Filipino Women in the U.S.”, Asian American Hall of Fame (2006), Philippine Chamber of Commerce Business Executive of the Year (2005), University of San Agustin’s one of “100 Outstanding Augustinians of the Century” (2004) and the first Filipino American Hall of Fame in Engineering (1994). She was appointed by the late Francis Cardinal George to serve in the Archdiocesan Pastoral Council (2007-2009) of the Archdiocese of Chicago.

Edith lives in Orland Park, Illinois with her husband, Nestor Pacificar Ardiente, a retired mechanical engineer and a Hall of Fame Awardee in Engineering in 1997. They have two grown children, Daniel, a registered respiratory therapist and Kathy, a registered nurse, who is married to Crispin Llanes Cruz, an engineer/computer programmer. Edith and Nestor have two wonderful grandchildren, Nara Grace and Joaquin Florencio. They continue to travel, serve as lectors and Eucharistic ministers at their parish, are active in many community organizations and enjoy golf in the U.S. and in the Philippines.

Edith was nominated as 2015 VIA Woman of the Year on the 21st Annual Chicago Filipino Asian American Hall of Fame by Mr. Gregory Vanderlaan, a 2013 Hall of Fame Awardee as Friend of the Filipino.