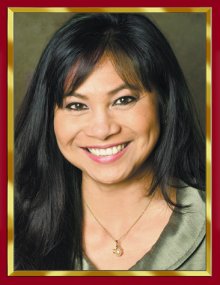 Aurora Abella-Austriaco is President of Austriaco and Associates Ltd where she concentrates her practice in the areas of commercial and real estate litigation and transactions , defense of mortgage foreclosure, and other special chancery remedy cases. Her clients range from multinational corporations, small and start-up companies to individuals. Prior to owning her own firm, she worked as an associate at Harold I. Levine, Ltd; as in house counsel for Attorneys’ Title Guaranty Fund and subsequently worked Of Counsel at Clark Hill PLC.

Aurora is past President of the Chicago Bar Association (CBA) one of the oldest and largest metropolitan bar association in the country with over 22,000 member lawyers. She served on the board of the Chicago Bar Foundation , Center for Conflict Resolution, Women’s Bar Association of Illinois (WBAI), Asian American Bar Association (AABA) and was founding board member of the Filipino American Bar Association. She was elected as the first female and minority President of the Illinois Real Estate Lawyers’ Association . Austriaco was appointed by Chief Judge Holderman to serve as Chair of the 2012 and 2013 Magistrate Merit Selection Panel. Aurora currently serves on the Executive Council of National Conference of Bar Presidents and was appointed its Diversity Chair . She serves as CBA Delegate to the ABA House of Delegates and was recently appointed to the ABA Standing Committee on Racial and Ethnic Diversity.

In July 2014, Governor Quinn appointed Aurora as Commissioner for the Illinois Courts Commission. She was also elected to the Board of Directors of Attorneys’ Title Guaranty Fund, Inc., a bar related title insurance company. In addition to her bar association involvement, Aurora is also active in the community. She currently serves as Chair of the Cook County State’s Attorney Asian Advisory Council and serves on the Board of Asian American Coalition of Chicago. She is past Commissioner for the Cook County Human Rights Commission and the Park Ridge Planning and Zoning Commission. She served as past President of the Maine South Hawkette Booster Board and served on the board of the Park Ridge Juniors. Aurora served as President of the Asian American Institute and was elected to the Board of Governors of the Catholic Lawyers Guild of Illinois. Aurora was a 2004 Fellow of Leadership Greater Chicago and a 2013 Edgars Fellow. Aurora is past Board member of the Hubbard Street Dance of Chicago.

Aurora is a frequent speaker locally and internationally such as in Tokyo, Barcelona, Frankfurt Montreal.

Aurora was named one of 2013 “ Women of Influence in Chicago” by Today’s Chicago Woman and twice as one of “100 Women Making a Difference” by Today’s Chicago Woman. She is a recipient of various awards including : “Sister Margaret Traxler” Award by the Institute of Women Today; the CBA Alliance for Women “Alta Mae Hulett” award, the Philippine Chamber of Commerce “Excellence in Law” award; the ABA Council on Legal Education Opportunity (CLEO) “Legacy Justice Fund”; the Philippine Chamber of Commerce “Ten Most Outstanding Filipino American Businessmen”; and the Asian Chronicle USA “Distinguished Young Asian Professional Award.” Aurora was also named “Top 100 under 50 Diverse Executive Leaders” by Diversity MBA Magazine.

In October 2015, Aurora will be receiving the Filipina Women’s Network 100 Global Filipina Builder award in San Francisco and in November 2015, Aurora will be receiving the Chicago Hall of Fame Legal and Public Service Award. From 2009-2014 , Aurora has been recognized as a “Leading Lawyer” in the areas of Real Estate Law and Consumer Law and was named “Top 10 Women Consumer Law” Attorneys by Leading Lawyers. From 2012-2015 Aurora was named “Super Lawyers in Real Estate .

Aurora is fluent in Tagalog. She is married to Dr. Jerome Austriaco and they have 2 girls, Danielle and Isabelle.