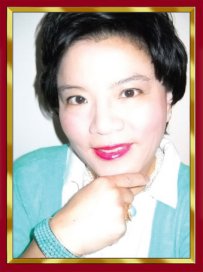 Irene Cualoping’s diverse professional background includes 15 years in entrepreneurship as the owner of an advertising and communications firm; nine years as a freelance columnist and photojournalist for a national weekly paper; eight and a half years in government/business,including one half years in employment/laborlaw ; seven years corporate/legal/real estate; three and a half years in a law firm setting; 11 years of private real estate law practice; and 31 years working in philanthropy and development fundraising with not-for-profits, arts, professional, civic and community organizations.

Cualoping has a wealth of diverse background in the public and private sectors, where she held four major management positions before founding her own company. Prior to becoming an entrepreneur, Cualoping spent several years in public service working for two Illinois Governors. She served as Executive Director of the Illinois Human Rights Commission (1999-2000); and as Executive Director of the Business Enterprise Program for Minorities, Females, and Persons with Disabilities of the Illinois Department of Central Management Services for seven years (1992- 1999). Prior to joining the public sector, Cualoping was a real estate, underwriting and corporate attorney and manager for Chicago Title Insurance Company for seven years (1984-1992), starting as a trainee.

Projects Cualoping have worked on include a TV show which was Emmynominated; and publicizing a CD label that received a Grammy nomination.

Active in a variety of diverse professonal , civic and community organizations, Irene Cualoping has helped to raise thousands of dollars for numerous local and national civic and charitable causes. She has helped produce, directed or chaired hundreds of events for over 80 different notfor- profits, arts, professional, civic and community organizations. She served as an advisory board member of the Chinese American Service League, Inc. (1989-2013), where she has led its public relations; and was a founding director of Angel Island Theatre Company (1989). Due to word count restrictions, a listing of numerous specific Asian Pacific American Community contributions may be found online at this link: http://www.enericom.net/icbiofull

Cualoping is a native of Chicago, and a graduate of The John Marshall Law School; and of Loyola University of Chicago, where she majored in political science and minored in communication arts. She spent her early childhood years on the East Coast, and a year living abroad in Asia in the Philippines.