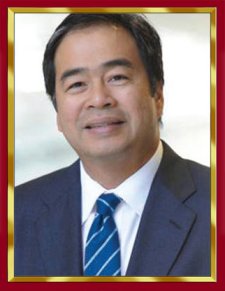 A. Gabriel Esteban was appointed 20th president of Seton Hall University in January 2011, after serving as interim president for six months. He has charged the University’s more than 900 faculty and 1,800 employees and nearly 10,000 undergraduate and graduate students to aspire to excellence in scholarship and service and is committed to the institution’s 159-year Catholic mission.

Esteban spearheaded the University’s strategic planning and campus master plan initiatives, collaborated with faculty and academic leaders on enhancing and adding undergraduate and graduate programs, establishing academic priorities and strengthening the centrality of academics at Seton Hall. He has also led the strategic changes in the enrollment management and financial aid strategies that have enhanced the University’s reputation through the current economic environment.

Esteban has increased student selectivity and profile. Since implementing the enrollment management plan in fall 2009, the SAT scores of the incoming freshmen will have increased by close to 100 points this fall. In addition the percentage of freshmen ranked in the top ten percent of their class has increased from 24% to 35%.

During Esteban’s tenure Seton Hall enrolled five of the largest classes in more than 32 years, in 2010 and 2012, 2013, 2014 and once again this year. The number and proportion of students from out of state such have increased. The incoming freshman class is now nearly 40 percent out of state as opposed to 30 percent just a few years ago. As a result, total undergraduate population has increased by close to 10% since 2009.

Under his leadership, the university has initiated major campus improvements, totaling over $125 million, including residence hall renovations, a new recreation center that provides students with modern workout space, new lockers and a dance studio, the construction of a threestory classroom building to replace Stafford Hall, upgrades to athletic facilities, including for the first time in Seton Hall’s history, individual lockers for all varsity sports, the addition of a fourth floor and new wing to Aquinas Hall that created an additional 166 beds and two priest suites and an expanded parking deck to accommodate nearly 600 additional vehicles. Plans are underway to build a new University Center and major renovations to existing facilities. Under Esteban’s leadership, the university announced the formation of the only private medical school in New Jersey in partnership with Hackensack University Health Network, a new College of Communication and the Arts, and a department of Catholic Studies.

Previously, Esteban was provost and chief academic officer of Seton Hall. In that office, he oversaw eight colleges and schools, University libraries and enrollment services. Prior to his leadership positions at Seton Hall, Esteban served in senior level leadership positions and on faculty at higher education institutions in Arkansas, Texas, and the Philippines. He received a doctorate in administration from the Graduate School of Management of the University of California at Irvine and a master of science in Japanese business studies from Chaminade University in Honolulu. Esteban earned a master of business administration and a bachelor of science in mathematics from the University of the Philippines, Diliman, Quezon City. He also received specialized training in leading transformation and change at Harvard University’s Graduate School of Education in addition to private sector work experience in the Philippines and Japan.

Dr. Esteban is a founding board member and vice chairman of the Asian Pacific Islander American Association of Colleges and Universities, a new national organization established to advocate on behalf of minorityserving institutions that have significant numbers of Asian American and Pacific Islander American students. Esteban has served American higher education in a number of national roles, including membership on the Accreditation Review Council of the Higher Learning Commission (HLC) and work as team chair and consultant-evaluator. Since 2012 he has been a member of the Commission on Inclusion, American Council of Education (ACE). Esteban serves as vice-chair of the board of the Asian Pacific Americans in Higher Education (APAHE) and served on the national task force for Voluntary System for Accountability (VSA) sponsored by American Association of State Colleges and Universities.

Most recently, Dr. Esteban has been recognized as a 2015 “Great Immigrant” by the Carnegie Corporation of New York. Esteban was recently named one of the 100 most powerful in business in New Jersey and one of the 50 most powerful in Health Care in NJ by NJBIZ. He was knighted to the Equestrian Order of the Holy Sepulchre of Jerusalem. He was presented with a certificate of achievement award by the Embassy of the Philippines in 2013 and he received the Servant Leader Award from St. Paul’s Outreach in April 2014. He is the first lay president of Seton Hall in a generation and a devoted fan of Pirate athletic programs. He and his wife, Josephine, have a daughter, Ysabella (Class ’12), who is studying medicine.