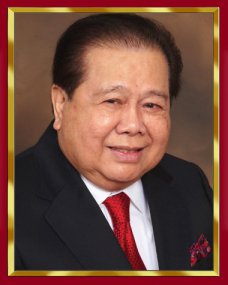 Dr. Adolfo Maglaya is an accomplished gastroenterologist (GI) who recently retired after 42 years of private practice in Chicago, Illinois. Filipino-born, he obtained an Associate of Arts degree from the University of the East, in Manila, Philippines, and in 1964 went on to finish his Doctorate of Medicine from the University of the East Ramon Magsaysay Memorial Medical Center (UERMMMC), in Quezon City, Philippines. While at UERMMMC, he served as President of the Student Philippine Medical Association (SPMA) and was instrumental in the founding of the Medical Aid to the Rural Indigent Areas (MARIA) project. The MARIA project provided volunteer doctors to rural areas in the Philippines – areas that previously had no access to medical care at all. Dr. Maglaya migrated to Chicago in 1966, completing a Rotating Internship at Resurrection Hospital in 1967, his residency in Internal Medicine at Louis Weiss Memorial Hospital from 1967 to 1970, and fellowship training in Gastroenterology at Hines VA Hospital from 1970 to 1972.

In 1970, there was an acute shortage of physicians in the state of Illinois. Foreign Medical Graduates (FMGs) who had finished their residency training were leaving Illinois because they were not allowed to take the licensing examination in Illinois. As President of the The Philippine Medical Association of Chicago & the Midwest (PMAC), Dr. Maglaya negotiated with the Illinois Medical Society to sponsor a bill in Springfield, Illinois, which allowed foreign medical graduates to take the licensing examination.

As a result, thousands of FMGs took and passed the examination, thereby solving the shortage. This benefited not only FMGs from the Philippines but also from other countries all over the world. Soon after his fellowship training, Dr. Maglaya began his private practice in Chicago. He spent most of his long career with both Englewood Hospital and St. Bernard Hospital & Healthcare Center, but also served as a GI consultant at various south-side hospitals in Chicago. Talented and ambitious, Dr. Maglaya attained the position of Medical Staff President at Englewood Hospital in Chicago and subsequently became the first Filipino-American Chairman of the Board of Englewood Hospital, a position he held for many years. He was also Chair of the Department of Medicine at both Englewood Hospital and St. Bernard Hospital & Healthcare Center. He also served as the President of several associations –the aformentioned Philippine Medical Association of Chicago & the Midwest, UERM Medical Alumni Assn. of Chicago & the Midwest, and The Filipino Professionals of Chicago.

Dr. Maglaya’s contributions have been honored by numerous awards, including The Distinguished Physician Award by the PMAC, The Medical Staff Leadership Award for Excellence by the Illinois Philippine Medical Society, the Leadership Award by The Filipino Professionals of Chicago, Most Outstanding Filipino in the Midwest in Community Service by the Cavite Association of America, Physician Recognition Award by the American Medical Association, and America’s Top Physicians for 2007 by the Consumer Research Council of America, just to name a few.

Dr. Maglaya is the fourth child of seven siblings. He currently resides in Chicago with his loving and caring wife, Corazon Maglaya, and has four children: Chona Boland, Joy Maheras, Cora Maglaya & Mark Maglaya . He has five grandchildren: Olivia, William, and Maggie Maheras, Lily and Miles Boland, who light up his world. He is the son of the late Florencio and Juana Maglaya, both school teachers. He has three brothers & three sisters, all US residents. His favorite pastimes include reading, watching the NBA Chicago games, especially the Chicago Bulls, watching movies, gym workouts, and spending time with the grandchildren.