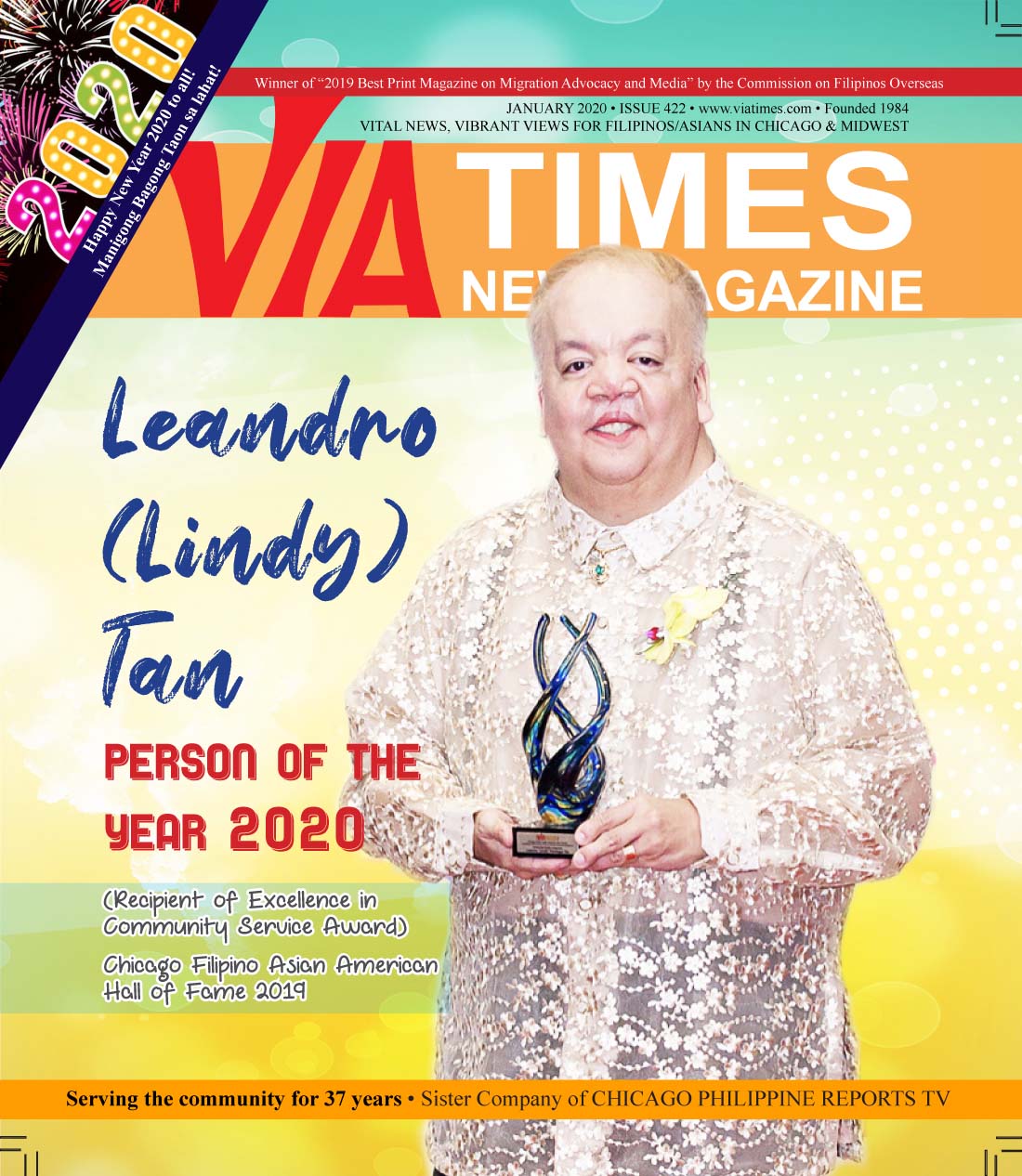 VT’s Person of the Year 2020, Leandro Paunlagui“Lindy” Tan, describes himself as “being a person of himself, as who he is.” Born with a birth defect, he was delivered with a hole in his cleft palate and no bone structure in his nose (in layman’s terminology). His loving and supportive parents (late Ellen and Esmeraldo Tan),tried their very best to consult and seek the best medical professionals to help little Lindy with his medical problem from childhood until adulthood for corrective measures, to no avail. Lindy was subjected to and had undergone several surgeries for the facial corrections, as far back as he could remember. It wasn’t easy, indeed for both parties involved, and the medical science can just do so much in his case.

Through it all, Lindy grew up just about any normal kid, happy, confident, carefree,and never cared nor conscious about his looks at all. Surrounded by loving friends and family, Lindy felt love, support and positivity from everyone.  Quoting him, “I have accepted the way I look since I was a young kid. My parents love me for who I am. They make me feel special. My mom Ellen (who is now deceased), was always guiding me in everything that I was doing (and I still feel it up to now). My friends are always there for me. They know I have physical defects but they don’t treat me differently. I know they accept me for who I am as a person.” (Editor’s note:  Lindy tied the knot with the “love of his life”in 2019 in Las Vegas, with popular hairstylist Froilan Cabrera, and they seem to be the happiest couple to be seen around our community).

Lindy’s natural talent in leadership and his innate desire in helping people and giving back to the community, has earned him the prestigious title of “Excellence in Community Service 2019” at the Chicago Filipino Asian American Hall of Fame Silver Anniversary & Grand Reunion gala celebration. He is one of the recipients of the “Popularity & Congeniality” CFAA Hall of Fame special award for having so many number of guests at the gala awards presentation.

The following is Lindy’s brief bio submitted for the CFAA Hall of Fame souvenir book, and we are sharing it with you.

Leandro P. Tan, better known as Lindy, is one of the most affable, genuine people anybody could ever meet. That is why it’s no surprise that he has so many friends and is always the life of any party. His pleasant personality exudes in all that he does. He is both respectful and respectable.

Lindy Tan was born in Manila, Philippines to Esmeraldo Molina Tan and the late Elenita Paunlagui Tan, and grew up in Calamba, until he and his family immigrated to the United States when he was in first-grade. His mother’s family is related to the national hero of the Philippines, Dr. Jose Rizal. He has one older sister, Leah Tan Montoya. His mother was a film actress under the screen name of Elena Razon of Tagalog Ilang Ilang Productions in the Philippines, appearing with film luminaries, such as, Fernando Poe Jr., Jun Aristorenas, Amalia Fuentes, Jean Lopez, Dolphy and countless others.

In the elementary grades and in high school, Lindy was a consistent honor student, and graduated from DeVry Institute of Technology Chicago with a degree in Business Administration (1994). He is currently employed at AMITA St. Alexius Medical Center, in the Health Information Management Department as an Associate Tech and Data Analyst. He has just celebrated 10 years of employment in 2018. He has worked at Holy Family Medical Center, Northwest Community Hospital, and Alexian Brothers Medical Center.

Lindy first joined the Manila-Franklin Park Lions Club in 1996, then transferred to the Chicago Fil-USA Lions Club, where he became president from 2011-2012.  Under his term, the club has donated a magnifier reading machine to Budlong Library in Chicago. He participated in the Medical/Dental Mission in Pampanga, Philippines, as well as donated old used eyeglasses to various charity organizations. His club was selected to participate in a video promoting the candidacy of Past District 1A Governor Steve Anton for Director of Lions Clubs International. The theme was GO STEVE GO, using the Cubs instrumental theme song as the background music. It was shot in downtown Chicago under his choreography.

When Lindy was president of the Laguna Association of the Midwest from 2015-2016, the organization participated for the first time in the PMAC’s Philippine Medical Mission held in his home province of Laguna; in three towns, namely, Calamba, Los Banos and Bay. The mission was headed by his relative cousin, Dr. Ramon Lopez. His club also gave monetary donations to the local churches, schools, hospitals, and some of the less fortunate indigents of  Laguna. Lindy and his mother Ellen were inseparable duo in performing community services, whether it was for the Filipino community or Lions Club.

When his late mother became the chairperson of the Philippine Independence Week 2015 Celebration (PIWC), Lindy was her right-hand, as well as her corresponding secretary. He has been involved in the PIWC since 2000. He has chaired various committees, such as: Kick-OFF, Memorabilia, Rigodon De Honor, Raffles, Appreciation Nite, and most recently, the Souvenir Program Book. Lindy is also a member of the Calamba Association of Illinois and the JDC Rainbow Foundation.

Lindy loves to attend events for worthy causes. His hobby is dancing, and has a massive collection of Euro Dance Cd music.

Lindy’s philosophy in life ,”Two things define you, your patience when you have nothing, and your attitude when you have everything.” Be who you are! 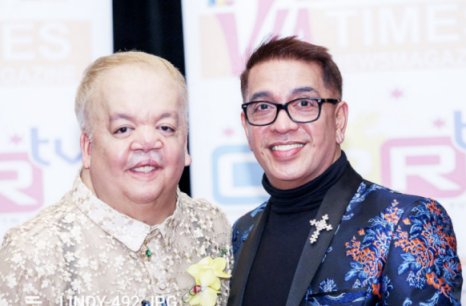 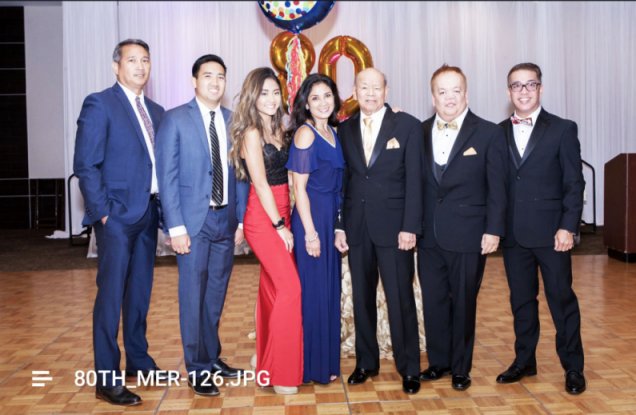 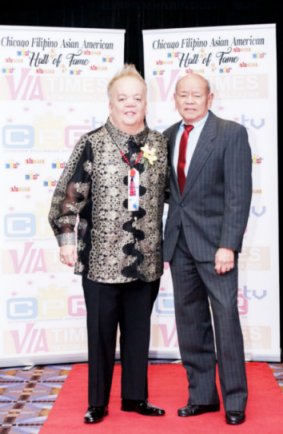 Lindy with his father, Esmeraldo Tan.