It was America’s worst nightmare.

Four back-to-back acts of terror on a cloudless, late summer morning that forever changed our nation — and the world. The way we traveled, the way we entered buildings, the way we raised our kids, the way we looked at others had all changed. And it’s hard to believe that Sept. 11, 2021 marks the 20th anniversary of that horrific day.

But none of these events can compare with the unfathomable evil that unfolded 20 years ago.

In carefully choreographed attacks, al-Qaida terrorists commandeered two passenger jets and crashed them into the Twin Towers in New York City, seized a third plane that slammed into the Pentagon, and crashed a fourth that was likely intended to destroy the U.S. Capitol.

Air travel ground to a halt as military brass and security experts figured out how to respond. The U.S. declared war with Afghanistan for allowing Osama bin Laden and al-Qaida to plot the attack from its territory. The Department of Homeland Security was established. Two decades later and our airports are loaded with state-of-the-art detection devices to ferret out weapons and explosives. Our places of work have armed security guards and concrete barriers at the entrances and our kids are taught in school what to do if terrorists attack.

The months-long effort to find victims buried in the debris of th e World Trade Center ushered in new, sophisticated ways of searching for victims at other disaster sites – most recently deployed at the tragic condo collapse in Surfside, Fla.

Still, despite great advances in forensic science, the remains of more than 1,000 victims of 9/11 are still unidentified today. 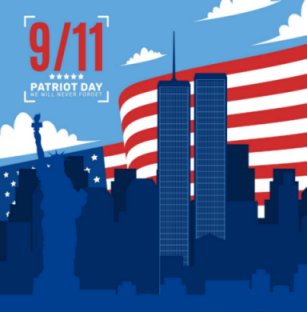