Officially, the Republic of the Philippines gained independence from the U.S. on July 4, 1946, after the Japanese invasion in 1941 and American troops returned to the Philippines and recaptured Manila in 1944. Manuel Roxas was the first president of the newly indepen dent nation. These days, the Filipino and American ties of friendship commemorate July 4th officially as the Filipino American Friendship Day.

In the war between Spain and the U.S. in 1898, the Spanish fleet was defeated by the Americans in Manila Bay on April 30, 1898. Seizing the opportunity, Filipino revolutionaries surrounded Manila, and their leader Emilio Aguinaldo declared the Philippines as independent on June 12. However, American rule took over when Aguinaldo was captured in 1902.

Independence of the Philippines was a mighty feat. On independence day, the sacrifices of the national heroes are remembered, the country’s sovereignty is appreciated, instilling nationalism in the citizens, as well as celebrating the culture and tradition of its people.

Parades are held nationwide, with participation from the government, and the citizens. Many Filipino communities abroad also celebrate with programs, and annual parades.

“Independence was the most significant event in our country’s history. Not only did we put an end to more than three centuries of subservience but we also resolved to determine the course of our own destiny as a nation.” — Incumbent Philippines President Rodrigo Duterte on June 11, 2019. 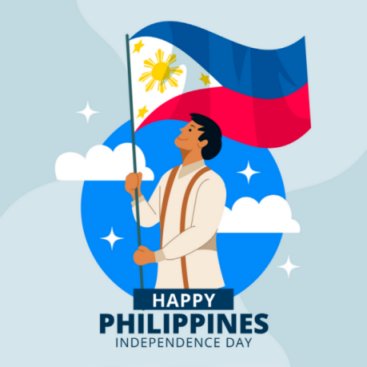