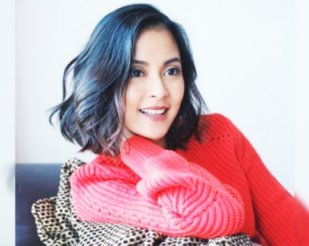 MANILA, Philippines — Kapamilya host Bianca Gonzalez aired her comments on the controversial ads of a whitening product which claimed that fair-skinned women are treated better than morenas by the society.

In her Twitter account, the “Pinoy Big Brother” host said morena beauties are not pitiful but they instead have a good skin color.

“Just a note from a Filipina with brown skin since birth: There is no problem AT ALL sa mga gustong magpaputi. The problem is when whitening brands make us look ‘kaawa awa’ dahil lang maitim kami. Kasi, hindi po kami kawawa, maganda ang kulay namin,”

Bianca said. Bianca also said she grew up loving the skin color of celebrities Angel Aquino and Tweetie de Leon and that skin color should never be a battle.

“I grew up loving my brown skin because of beautiful women like Angel Aquino and Tweetie de Leon who proudly flaunted their brown skin. I looked up to them. I did not need to compare myself to fair skinned girls. It need not be a ‘battle’ of maitim versus maputi,” she said.

Now that she has two daughters with PBA player JC Intal, Bianca said it’s their daughters’ choice if they want to get fairskinned color.

After the backlash from social media users, Glutamax apologized on Monday for the “discomfort” caused by their advertising.

In their Facebook page, Glutamax wrote: “As we’ve learned, talking about skin is never a skindeep issue. It’s a minefield of sensitivities, of deeply held beliefs, and should never be taken lightly.”

“And yet, over the weekend, we’ve caused a disproportionate amount of discomfort and even pain. That said, we believe that the best intentions are never an excuse for causing harm, And for all those that we’ve offended over the past few days, we offer our sincerest apologies,” it added. 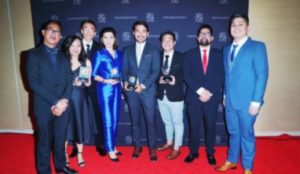 From the Philippines to the world:GMA Network wins 2 Silvers, 2 Bronzes at 2019 New York Fest