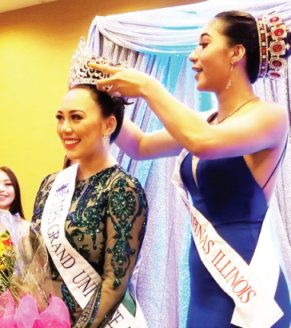 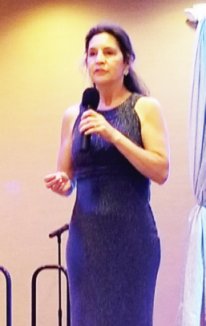 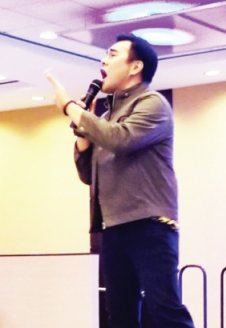 Th e Queen’s Court who did the honor on the sash, crown and the beautiful bouquet of fl owers.

Christa Maree Papa was crowned 2019 Mrs. Grand Universe America on June 22, 2019 at Crowne Plaza Lombard in Downers Grove. She was crowned by @Joi Hunter, beauty-titleholder of 2019 Mutya ng Pilipinas Illinois.  e pageant was emceed by Eric Magundayao and entertainment provided by “Mr. Entertainer” himself, Gene Flores, international promoter from California. Gerry Rebello is the Midwest coordinator. Christa Maree will be competing for the International title sometime in September in the Philippines. She was a runner-up for Ms. Teen Illinois in 2015.