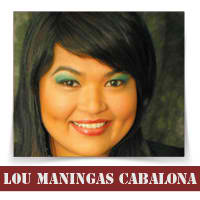 Every year, Filipinos in Chicagoland and all over the Midwest eagerly await the announcement of the Celebrity guest making their appearance at the annual Piyesta Pinoy in Bolingbrook, Illinois. Since 2014, we’ve had the opportunity to be up and close with big name singers or actor- singers like Dingdong Dantes, Sam Milby, Geneva Cruz, Jericho Rosales, Xian Lim, Kim Chiu and Inigo Pascual who endure the 12+ hour flights from Manila to entertain their fans and supporters in the USA.

Last June 8, hundreds of fans crowded the main stage withstanding the sweltering summer heat and spurts of light rain to catch a glimpse of the gorgeous headliner, Megan Young, the first (and only) Filipina to be crowned Miss World in 2013.

But don’t be fooled by the last name or the title, she is as Pinay and as down-to-earth as can be!

I was fascinated and very intrigued by her welcoming, guileless demeanor at the Meet and Greet the night before, I was delighted that she obliged to a quick interview backstage of the Bolingbrook Performing Arts Center before she came on for the Celebrity Hour.

Back then, she did not dream of becoming a beauty queen. “I was hoping to be either a journalist or a computer programmer when I was a kid, so it’s very far from where I am today”, she admits with a chuckle, “but I think everything (I do is still) in line with it. I took up film when I was in college. I still am into computers and into tech(nology) so it’s still a part of me. It just so happens na hindi yun yung path na nakuha ko. (I didn’t end up in that path).

Young is, unconventionally, a hardcore gamer who has gained even more fans in the world of video game streaming.

A regular face on primetime TV, on top of all that she does, Young is also busy working on projects with longtime boyfriend and fellow actor, Mikael Daez. They have a podcast called Behind Relationship Goals where they open up about the realities of being in a relationship to share another angle of what might always seem like an Instagram #relationshipgoals worthy partnership to their fans and followers.

At this time, Young has no plans of moving back to the US, stating matter-of-factly, that the Philippines is really the place where she grew up. But she does have some advice to share for any Filipino American who plans to go to the homeland.

“Well, one is to practice the language. That really helps when you go back to the Philippines. Kahit na basic lang (Even if it is basic) — mga ‘Po’, ‘Opo,’ ‘Salamat’. It helps you connect with people (more). And, visit cities outside of Manila. I think it’s so important. If you have relatives in the provinces, visit them. See how their way of life is; help out in the community there kasi iba talaga ang Manila sa mga (because Manila is really different from) outside cities. You will see the beauty of the Philippines when you travel.”

A true Filipina in word and deed. Jonathan Potenciano at the Summer Jam 2019

At the end of the month, the Filipino Musicians of Chicago’s Summer Jam 2019, the much-awaited musical event that brings together hundreds of musicians and music lovers in one roof, upped it up a notch putting together most star-studded show yet since the annual event started in 2014. This year, the lineup of performances included a repertoire of Rondalla music by 3JNR Rondalla, amazing vocal performances by April Garcia, Roland Adams, The Latermen, Thursday Night Trio and special numbers by Chicago’s Original Diva, Marilou Ventura. The six-piece band, Sama- Sama Project performed a mix of power OPM hits and dance favorites in their own style and, No Limits Band filled up the dance floor during their energetic set!

On their 6th year, special guest, Jonathan Potenciano also flew in from the West Coast to offer Chicago audiences the caliber of talent and showmanship that comes with being nicknamed “Mr. Pinoy Las Vegas”. Potenciano has been headlining shows in Las Vegas for three decades now, currently with JAMM – Jonathan And Music Magic.

Back in the late 60s, he was a household name in the Philippines after winning the nationally broadcasted Radio-TV Singing competition, “Tawag Ng Tanghalan” sometimes competing head-to-head with the legendary Ms. Nora Aunor who also won the competition a different year.

Before the rise of shows like American Idol and the Voice, “Tawag Ng Tanghalan” (Call of the Stage) was the number one singing competition that dominated the Philippine airwaves from the 50s to the early 70s with a short comeback in the late 80s. In 2016, the competition was reincarnated as a segment of a popular noontime variety show, It’s Showtime, and has since been bringing many talented singers to mainstream audiences in the country.

Coincidentally, one of the finalists of the 2016 season, Eumee Capile, recently moved to Illinois and was also invited to be part of Summer Jam. Capile was gracious enough to sing a couple of her winning renditions like Heart’s “Alone” to an enthused crowd.

And to prove that there is no such thing as auditory overstimulation a.k.a. too much music in one night for Filipino music lovers, FMOC also opened up the stage for fellow musicians and singers to “jam” in front of a surprisingly big late-night crowd who stayed on ‘til the very last song played. 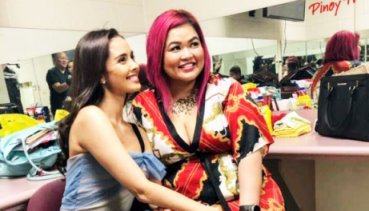 From GMA Pinoy TV on Facebook: Before gracing Piyesta Pinoy, Kapuso star Megan Young shares some words with some of the members of the press in Chicago, including FYLPRO alumna Louella Cabalona! (Photo Credits: GMA Pinoy TV) 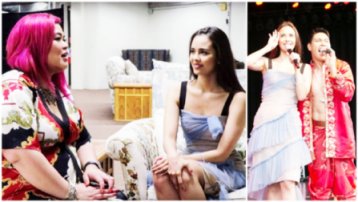 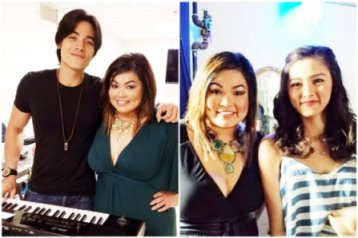 Singer-Actors Xian Lim and Kim Chiu were the Celebrity guests for Piyesta Pinoy in 2016. 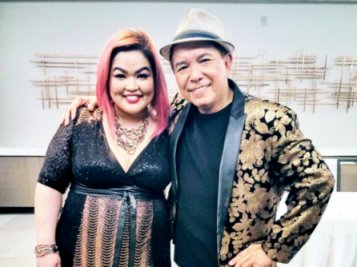 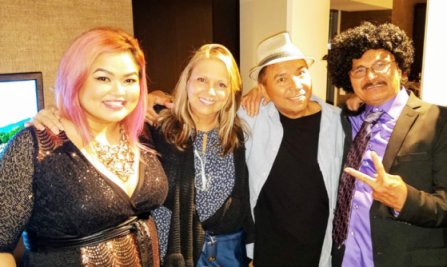