Angel Locsin is celebrating her engagement after her movie producer beau, Neil Arce, popped the question this Saturday afternoon.

The star of the “The General’s Daughter” took to Instagram to share photos from the surprise proposal, making it very clear that she could not be happier to say yes to her future husband.

“Surprise of my life,” she wrote, before adding: “I said YES.”

According to Locsin, in a pair of Instagram Stories she uploaded shortly after announcing the happy news, she and Arce have yet to decide on a date, a venue, and a wedding planner.

Locsin and Arce have been together for more than a year. They first revealed that they are a couple back in February 2018.

At that point, they had been together for a month. Locsin revealed then that it took her quite a while before she considered a relationship with Arce, whom she was friends with for 7 years.

In the year they came out publicly, Locsin said that falling in love with Arce has been the “best part” of her life.

It remains unclear how exactly and where Arce proposed to Locsin.

Sharing professional photos of his surprise on Instagram, Arce told Loscin: “Thank you for allowing me to be with you, take care of you and most of all love you for the rest of my life.” 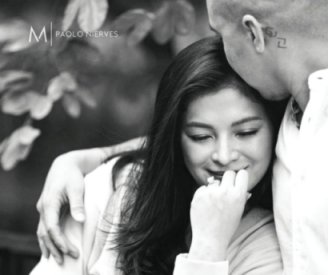