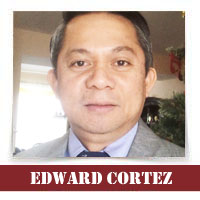 The earth is the LORD’s, and all its fullness…,” so says the beginning of this Psalm. Simply stated the verse tells us that God owns it all. It is reinforced by the next statement in the same verse, “…the world and those who dwell therein.”

If God owns it all, what then are its immediate theological and practical implications?

If God owns it all, then it debunks and controverts the theory of evolution which espouses that everything in this world sprung on its own through evolutionary processes without someone causing it to happen. All of creation points to a Creator and all of nature is a grand design that points to a powerful, creative Designer.

If God owns it all, then as a rightful owner there will be a day of reckoning when the owner Himself will ask us to account on how we’ve lived our borrowed lives, used our opportunities, and spent all the resources that are at our disposal provided by Him.

The implications are endless but suffice it to say that at the end of the age, apart from our salvation in Christ, which is forever secure, our works will be judged based on our faithful stewardship of all the resources that have been entrusted to us by our Master. Having this mindset enables us to live with clarity and purpose.

The Psalmist then moves on to the question of “Who may ascend into the hill of the Lord?” – a question that echoes a previous psalm – Psalm 15. The answer is found in verse six: they are the generation of Jacob who seeks God’s face. Going up into the hill of the Lord is not something that is accomplished through human efforts but rather through the King of glory (verses 7-10). But it requires seeking after this King of glory; for to be qualified to enter God’s holy hill we seek not after our own righteousness, but we seek after the King of righteousness who alone can grant us that righteousness when we put our trust in Jesus who paid for our sins at the cross. As we draw near God, He will draw near us (James 4:8).

Which is why David, the author of this Psalm, encourages us to lift our heads and behold the King of glory, the Lord strong and mighty. And who is this King of glory? He is no other than the Son of Righteousness, the only begotten Son of God, the LORD of hosts – Jesus the Christ!