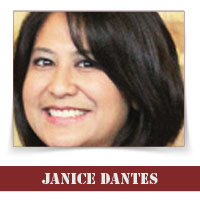 The issue of abortion is settled in many countries, including the Philippines, where it remains illegal based on the Roman Catholic Church’s position that life begins at conception. The United States had varying views on abortion with some parts of the United States allowing it while others banning it completely. On January 22, 1973, the United States Supreme Court passed a landmark decision legalizing abortion across the United States.

During that time, the U.S. Supreme Court believed that a woman had the right to choose to have an abortion under her right to privacy as protected by the 14th amendment to the U.S. Constitution. After more than 50 years as this country’s precedent, the U.S. Supreme Court decided to overturn Roe v. Wade and allow states to pass their own laws regulating abortion, which resulted in many states passing bans on abortions.

1. What is an abortion? Abortion is a medical intervention which results in the termination of a pregnancy. While most people are familiar with pictures on the internet of dismembered fetuses, more than half of all abortions conducted in the United States were done early and induced by pills rather than surgery. The decision to overturn Roe v. Wade has not created limits on contraception including Plan B (the morning after pill). However, the Roman Catholic Church does take a strong stance against the use of artificial methods of contraception.

3. The Complications of a Total Ban on Abortion. Abortion is a complicated issue because there continues to be discussion about exceptions. The most common proposed exceptions are the following: 1) pregnancy as a result of rape, 2) pregnancy as a result of incest, and 3) pregnancy that endangers the life of the mother. While it may seem on the surface sensible to ban abortion with exceptions, the issue becomes proof. How can women effectively exercise this right?

Timing. The problem with proving exceptions is timing. Pregnancy is finite and lasts about 9 months (40 weeks). While there are ways to detect pregnancy early, most women suspect a pregnancy after a missed/late period. In this case, they may already be several weeks pregnant. For victims of rape or incest who are young children, they may be unaware for much longer. In those cases, to have a court or other independent body determine if abortion is allowed could take longer that the gestational period where the baby could be born before a decision is made, effectively denying the woman’s choice of abortion. This is precisely what happened in Roe v. Wade. The woman seeking the abortion in that case ran out of time, had the baby, and put the baby up for adoption.

If you would like to know about your options with an unwanted pregnancy, please call (312) 546- 5077 or janice@pinaylaw.com.

Thank you for reading. Until we meet again, love one another. (To be continued on next issue)