Letter to a Young Bride 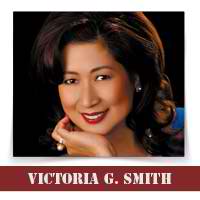 And so you believed in the fairy tale—didn’t you? I hope, for your sake and humanity’s, you did not. And yet still married him. Or her.

Despite this seemingly antipathetic sounding greeting, I sincerely wish you the best in your new life with your spouse—who, you must know, no matter how handsome or beautiful, sexy, smart, strong, intelligent, and perfect he or she seems to be now, is not a knight in shining armor. Truth is, no one is—except you. Only you are your own knight in shining armor. So keep yourself polished. And wise. Grounded, yet resolutely aiming for the stars. Always.

You ask—is this possible? Yes. Take it from me—divorced once; “happily” married the second time around—and this, even after fourteen major moves across three countries and a couple of major home renovations. Studies indicate three primary causes of divorce. One: acute differences in parenting styles; two: financial problems; and three: stresses borne out of a traumatic event, as for instance, the death of a child, infidelity, physical abuse, or a major relocation or home renovations. And yet I remain married and dreamful with my husband of twenty-five years, with whom I happen to be embarking on a third major home remodeling. But let me not mislead you. This is no fairy tale I’m living. The iconic phrase “happily ever after” was not meant to be literal in fairy tales, just as fairy tales are merely fictional. Or are they? Sometimes, fiction does get the truth across better than facts. The trick is in differentiating what is fictional from true in fiction. Let me put it another way: Consider “happily” as a figure of speech. And like most figures, it has its twists and turns, ups and downs. Marriage, my dear, is a veritable rollercoaster ride. So hang onto your garters!

Don’t fret. Despite my seemingly raining down on your bridal parade, I am with you and for you: your interests, your stakes in this all-important life commitment you have made, which is second only to having children. Yes, the latter takes precedence. For these days, you can undo a marriage, but you can never undo having a child, though you could end up contributing to its life’s undoing. So, be afraid—be very afraid, and try to be the best parent you can be. Never let your guard down. You are a parent for life. But as regards marriage, chin up. If you find you’ve made the very human mistake in your choice of a spouse, don’t despair. There is life after divorce.

But enough of this gloom and doom and onto the task at hand: constructively preparing you for this thing called marriage, which is entirely different from the wedding—an event that only lasts in the blink of an eye, a glossy muddle of a memory that recalls a dress, flowers, and cake. Therefore, I also hope you did not marry anyone just to wear THE dress! Otherwise, I would have suggested that you simply hold a debut party instead, which would have been entirely devoted to the celebration of—well, none other than wonderful, gorgeous you. This is the underlying wisdom behind that ancient yet still practiced tradition of stuffy circles in the southern United States, and good old merry England, including some Hispanic or Latin-influenced cultures, particularly wealthy Filipinos in the Philippines of honoring their daughters in a coming of age ritual by introducing them to society through a lavish ball that involves dancing and yes—wearing THE dress. A ball gown, to be exact—no, not a prom gown. It’s much more than that. Think of it as a wedding gown—only, not in white. So, if this is your main goal—to be seen in THE dress, then have a ball, literally! Every woman needs a celebrated memory of the peak of her beauty, her magnificence. So just get the darned dress already and wear it to a worthy occasion, and if you’ve not been invited to one—then create it! You don’t have to go all the way marrying the guy. Or the gal. Believe me—the gown and the ball are going to cost you much less than the wedding in the long run.

A young girlfriend I’m especially fond of, who’s been married only a few years, had need of special support and advice from me lately. She had arrived at the crossroad between divorce and sticking it out with her husband. I was aware that she looked up to me as an elder and supposedly wiser sister, and as such, I feared whatever I told her could spell the difference between her taking one road versus the other. I felt the terrible weight of such responsibility, and prayed for the right thing to say. Should I take on the usual pal’s role as cheerleader and give her the same old romantic BS about staying steadfast in love and faithful to marital duty? No, that all sounded hollow to me. Then, a voice from somewhere in my head, my heart, or both—I’m not sure which—urgently and repeatedly said: “The best help you can give your friend is to tell her the truth—the awful, gritty truth about marriage. And then let her decide for herself.” And so, dear Young Bride, I do no less for you.

First, a history lesson: The institution of marriage was born in infamy. It originated as a financial or political transaction dressed up in religious ceremony to seal man’s invented right to own a woman, by which the woman—or more accurately a girl—passed on exclusively from her father’s possession to another man’s. It is no wonder that human society developed rites of marriage and established it as an institution along with the development of trade, commerce, and religion, and the increased powers of a patriarchal church over a secular social order. Thus, under the original concept of marriage, the idea of a love match as the basis for marriage was completely anathema, until the advent of the romantics through works of subversive poets, troubadours, and writers, which titillated the imaginations of otherwise trapped brides and their lovers with the notion that it might be possible to marry for love. Thus, the invention of the fairy tale—which unfortunately perpetuated another set of myths upon the young, brainwashing them with the belief that as long as one marries for love, one is guaranteed happy ever after.

I thought it prudent, however, not to impose this Sociology 101 lecture regarding the evolution of the institution of marriage upon my friend. I went straight to a more personal point: that she and only she can decide what’s right for herself, and that in this plane of choices, there is neither a right or wrong answer—only either a path that promises a happier and easier life, or a less happy and easy existence. And that whichever path she chooses, no one could or should judge her for it—least of all, I. I also noted that in every marriage, spouses consciously or unconsciously decide their respective “make” or “break” issues—the threshold beyond which they can no longer remain married to each other. There are no absolute rules here. Only personal, subjective ones. But I implore you, dear Young Bride, to make a conscious choice about them because they’re too important to leave to the tyranny of the visceral. Mine is physical abuse. You cross that line and that’s it for me. Another friend’s is infidelity, for to her, that kind of treachery is an indelible stain on the marriage. But between physical abuse and infidelity is a wide range of possible other sources of serious conflicts between spouses. Addiction, for example, whatever it is, whether it be to alcohol, drugs, gambling, or sex, presents its own unique, possibly insurmountable challenges. And then there is that shape-shifting monster called emotional and verbal abuse, which could be just as hurtful and damaging as physical abuse. Does one decide to forgive it, relying on that seemingly nonchalant chant, “sticks and stones could break my bones, yet words will never hurt me”? You’ll be amazed, dear Young Bride, at what you will be capable of tolerating and forgiving when you love someone enough. Then, you’ll understand what unconditional love means.

Thus I come to my final point—what I hope you’ll come to know about marriage, above all: that it is a gritty, daily exercise in forgiveness; a constant reminder of our humanity, which, despite its inauspicious institutional origins, makes it worth preserving. We see how it can truly become a sacrament of, and conduit for grace, for we are both humbled and blessed by it. It’s a cliché but true that a good marriage is heaven on earth, while a bad one is a living hell. I believe any country or legal system that does not allow for divorce is in violation of human rights, for to require human beings to stay beholden to bad marriages is either slavery or torture or both. Humans are imperfect beings who make imperfect choices; therefore, their laws should make humane allowances for human imperfections. We are not static individuals either. We change as we age—sometimes for better, sometimes for worse. Here’s a personal insight hard-won from being an obsessive student of human nature for over half a century: Whatever the good and bad traits of a person, those traits will likely magnify as that person ages. Thus, observe the less than desirable traits of your partner, then imagine them worse by at least twice or thrice when he or she is older. Those are the challenges you’ll face in your marriage in years to come. The question you’ll have to ask yourself then is: Will you be able to live with that?

In the end, it all boils down to what we could live with, or without. Again—it’s deciding what makes or breaks a marriage, understanding that the lines in the sand we draw today could very well move tomorrow. But whichever direction they move, dear Young Bride, you can be sure you always possess the power of choice. And that you will surprise yourself, most of all. I wish you a life full of delightful surprises.

Your older and wiser Self