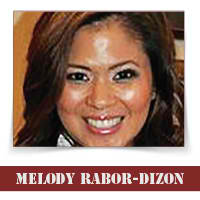 Nowadays, it’s hard not to get wowed by new technology that seem to pop up with phones, computers, cars, home appliances alike. At the sound of your voice, Siri responds or Alexa gives you what to wear for the day. Information is so available out there and its accessibility. Gadgets in healthcare are not far from all those advancement, as this is where technology is needed the most for identifying, diagnosing, treating, fixing and maintaining the lives of people. From cardiac pacemakers, to internal defibrillators to prosthetic hip surgeries, colostomy bags, wound suctions and more, we can never be too “technologied” enough for chronic illnesses out there.

Gone are the days when only your doctor or your nurse can check your manual blood pressure. Nowadays, we have what’s called cellular blood pressure or bluetooth blood pressure. It is connected to a device that you operate off of your phone and shoots the results right directly to your MD’s health record for real time management. This allows for better coordination of care to different disciplines in healthcare and proper treatment to the disease.

The bothersome finger-stick tests for diabetics has always been one of a challenge for diabetics for after awhile, fingertips gets calloused and difficult to obtain a single drop of blood. So if Google succeeds in creating its super smart contact lenses, it would be able to track blood sugar levels through another kind of fluid: your tears. Now that’s advanced technology. The lenses would have a mini glucose sensor and an embedded wireless chip that would send results straight to your smartphone throughout the day. Per health.com, measuring glucose via tears is an area scientists have been exploring in the past few years and with Google’s latest partnership, the technology could soon be a reality.

For people that have issues with regularity, sooner or later, they may not need to take over-the-counter laxatives, especially if they are chronic constipation sufferers. Once the oral capsule is swallowed, it moves through the digestive tract and is programmed to vibrate six to eight hours later, when it’s in your intestine. Those vibrations lead to contractions, which make it easier for the patient to go do number 2. In a recent study, patients who took the capsule twice a week nearly doubled their bowel movements from two to four times per week. It sounds promising.

Bionic arms are commonly seen in futuristic movies. Somehow we really are not that so far out in the futuristic mode because we are here. We have arrived. The DEKA Arm System is revolutionary for military veterans and others who have lost an arm. Per health.com, this high-tech wonder works via brain signals: When electrodes pick up on the contraction of muscles near the prosthesis, they send signals to a computer device in the bionic arm that translates into movements. So tasks that may have proved difficult for some amputees—like brushing your hair or feeding yourself—aren’t so out of reach.

Microrobots or what they call MagnetoSperm has been developed to harvest fertilized egg, especially important to people who are having difficulty getting pregnant. Per health.com, the technology relies on magnetic fields, so at a certain frequency the tails get the signal to start to move back and forth, propelling them forward. The researchers can then steer the tiny bots by directing the magnetic field to get them to a particular point, like the lining of your uterus with a fertilized egg in tow. In addition to aiding with in vitro fertilization, these little guys could help pave the way for targeted drug delivery, cleaning of clogged arteries, and other actions at the micro level.

Researchers from Boston University and Massachusetts General Hospital developed this technology for type 1 diabetic patients. How it works is that, it includes a thin needle with a tiny, removable sensor that’s placed under the skin to monitor glucose levels in real time, plus two automatic pumps that provide insulin and its counteracting hormone, glucagon. Because people with Type 1 diabetes, doesn’t produce enough insulin, patients not only need to perform a finger-stick test several times a day to check their blood glucose levels, but they also have to inject insulin into their bodies when their glucose gets low. But a new gadget dubbed the bionic pancreas could change how things are normally done. People with Typ1 DM were more likely to have blood glucose levels consistently within the normal range, with fewer dangerous lows or highs because of the use of bionic pancreas.

Google Glass for surgery A wearable computer for your eyes has been found by several health professionals helpful for treating patients and even performing surgery. The technology allows physicians to see images from scans as well as live images simultaneously as the perform procedures. Research says, MD uses Glass to pick up on a patient’s vitals, and some clinics in California utilize Augmedix, a custom app for Google Glass, to record a patient’s health info as they talk.

New technology like the CardioMEMS HF System may help lower the number of hospitalizations from heart failure as these wireless and battery-free sensor can tell your vital signs remotely through a special database. Meaning you can be watching TV at home and doctors can immediately decide if you need changes in treatment based on your VS readings. The gadget has just been recently approved by the FDA, is implanted permanently into the pulmonary artery, a key pathway that carries blood to your lungs. A clinical study involving 550 people found the system significantly reduced heart failure- related hospitalizations for the patients whose doctors had access to pulmonary artery pressure data.

For patients with spinal cord injuries, regaining some bodily movement or functions is big for them and their families. The new gadget, motorized exoskeleton may offer hope. This is a metal brace worn over the legs and part of the upper body. The motors in the brace trigger movement at the hips, knees, and ankles, so when the user wants to stand up, sit down, or walk, all they have to do is press a button on a wireless remote on their wrist. Users of the device must wear a backpack that contains a computer and power supply, plus use crutches for stability. The FDA also says that users should work with a caregiver or spouse for assistance. While ReWalk is not suitable for all patients with spinal cord injuries, it’s definitely a big step for the future—pun intended, per health.com.

So folks, as we have newer diagnoses, newer meds, there are also newer technologies that extends our lifespan, to make our chronic conditions liveable, to make us functional again despite limitations, ultimately giving us some form of quality in life. Maraming salamat po for all your continued support.

And Your Health Should Matter To You Too….

2019-06-01
administrator
Previous: Christian Funeral Home
Next: What Day of the Month Do I Get my Social Security Payment?