WASHINGTON, D.C. – The Philippine Embassy in Washington, D.C., together with the Philippine Consulates General in Agana, Chicago, Honolulu, Houston, Los Angeles, New York, and San Francisco, and the Philippine Permanent Mission to the United Nations in New York, commemorated the 122nd year of Philippine Independence through a Facebook Live event on 12 June 2020.

“We are marking this special occasion amidst a global health crisis that has taken more than 370,000 lives all over the world. COVID-19 has changed life as we know it, destroying livelihoods and economies, exposing deep-seated social inequalities, and stretching government resources to the point that it may take years before governments, businesses, and societies can attain full recovery,” Philippine Ambassador Jose Manuel G. Romualdez said in his remarks.

The Ambassador continued, “But while the COVID-19 pandemic has brought fear and uncertainty into our lives, it has also brought out the best in the Filipino, particularly through the frontliners and health workers all over the world who embody the courage and resilience that were once displayed by our ancestors who fought for our nation’s freedom and independence.”

Ambassador Romualdez expressed appreciation to the governments of the United States and territories in the Caribbean region for their continued partnership and support for the Philippine Government’s efforts to assist Filipinos affected by the COVID-19 pandemic. He also acknowledged the Filipino communities in the U.S. and Caribbean for their bayanihan spirit, and the dedicated service of personnel of the Philippine diplomatic and consular missions in the United States.

“As we navigate the ‘new normal’, we continue to look after each other with generosity and compassion. The road ahead will not be easy, but we will surely overcome every obstacle if we work together”, the Ambassador stated.

The program was capped by a video tribute to Filipino frontliners in the Philippines, the U.S., and Caribbean region. 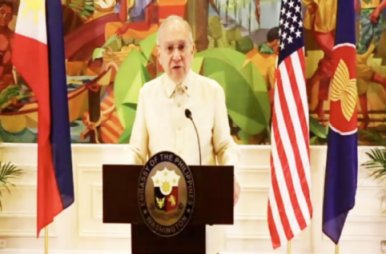 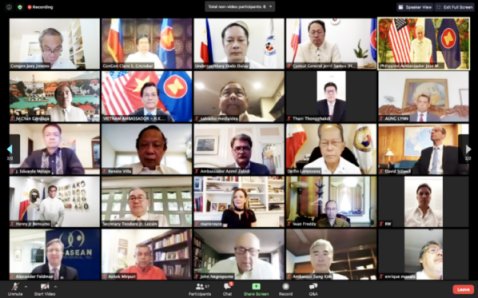