Mr. Martino Wim Tangkar serves as National President of the Indonesian Diaspora Network (IDN) in United States and also Regional Co-President of the IDN USA in Midwest, USA (13 states). He is also General Secretary of the Indonesian Diaspora Network – United. He organizes Indonesian Diaspora National Convention in conjunction with Remarkable Indonesia Fair & 125th Java Village at 1983 World’s Columbian Exposition; The Indonesian Diaspora Day was proclaimed during this national convention. In 2020, Mr. Tangkar serves as Chairman of the Multi Ethnic Advisory Task Force of the 7th District Congressman Danny K. Davis, and American Multi Ethnic Coalitions, Inc. He is also dedicated as the President of the Asian American Advisory Council of the IL Secretary of State Jesse White in 2014-2016. He is also the President of the 2014-2015 Asian American Coalition of Chicago’s 32nd Asian American Conference on Business and Networking and Lunar New Year Celebration; and also the President of the 14th Asian American Festival. He is also the Chairman of the 2019 Indonesian General Election Commission (Parliament and Presidential Election) in Midwest, USA (13 States). He has organized more than 50 programs assisting in the area of national conferences, charity events, flag-raising ceremonies, cultural performances, festival extravaganzas, student activities, and educational seminars since 1995. During his chairmanship, he earned achievement awards, including: Excellence in Leadership Award and a personalized Illinois license plate with his name at the 2017 IL Secretary of State Jesse White’s Asian Pacific American Heritage Month Celebration in Chicago; 2015 Lifetime Achievement Award and Medal from The Corporation for National and Community Service and the Office of the President of the United States Barack Obama; Mahatma Gandhi Sesquicentennial Medallion of Excellence as One of Top 20 Global Icons Who Continues the Legacy of Gandhi in This Digital Age 2019, and 2015 Indonesian Diaspora Award (for North America, South America, and Canada Region). He also received “International Man of the Year 2018” of the US Congressman Danny K. Davis’ Multi Ethnic Advisory Task Force at the 8th Annual Congressional Awards Gala. He works-well with others and working together based on ongoing improvement for the success of the teamwork. Together, we truthfully serve our communities and enjoy sharing the generous blessing for the growth and prosper of our communities. 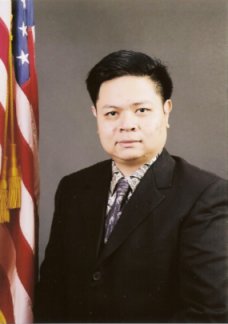 2020-07-01
administrator
Previous: Alicia Monk
Next: Meghan Markle and Prince Harry’s Son, Archie, Is Talking and His List of Favorite Words Is Really Sweet