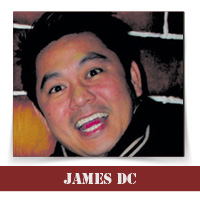 A wild eyed (and butt ugly) old woman walked into a crowded bar in downtown Washington, D.C. waiving an un-holstered pistol and yelled out – “I have a .45 caliber Colt 1911, with a seven round magazine, plus one in the chamber. I want to know who’s been sleeping with my husband.”

A female voice from the back of the room called out, “You Need More Ammo, Mrs. Clinton.”

Finally, the doctor came in looking tired and somber. “I’m afraid I’m the bearer of bad news,” he said as he surveyed the worried faces.

“The only hope left for your loved one at this time is a brain transplant.

It’s an experimental procedure, very risky, but it is the only hope.

Insurance will cover the procedure, but you will have to pay for the BRAIN.

The family members sat silent as they absorbed the news. After a time,someone asked, “How much will a brain cost?”

The moment turned awkward. Some of the Democrats actually had to try not to smile, avoiding eye contact with the Republicans.

A man unable to control his curiosity, finally blurted out the question everyone wanted to ask, “Why is the Democrat’s brain so much more than a Republican’s brain” The doctor smiled at the childish innocence and explained to the entiregroup, “It’s just standard pricing procedure. We have to price the Republicans’ brains a lot lower because they’re used.”

SEND THIS TO A Republican WHO NEEDS A LAUGH, AND TO ANY Democrat WHOM YOU THINK CAN HANDLE A JOKE

2018-03-01
administrator
Previous: ADVISORY TO THE FILIPINO COMMUNITY IN THE MIDWEST AND PARTS OF SOUTHERN U.S.
Next: Kapuso Teleserye and Drama Stars Take Center Stage in Thailand