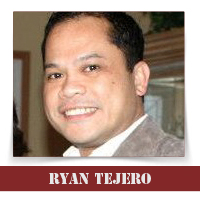 The World Apostolate of Fatima (WAF), Diocese of Joliet is celebrating the 100th Anniversary of the Apparition in Fatima, Portugal (1917-2017), and this year, the Diocese is holding its traditional Santacruzan in honor of Our Lady of Fatima.

Just a historical background, in 1917 during World War I, Pope Benedict XV made repeated but forlorn pleas for peace, and finally in May 1917, he made a direct appeal to the Blessed Mother to intercede for peace in the world. Just over a week later, Our Lady began to appear at Fatima, Portugal to three shepherd children, Lucia dos Santos, age 10, and her cousins, Francisco and Jacinta Marto, ages nine and seven. Fatima was a small village about 70 miles north of Lisbon.

Today, WAF is an active international organization in as many as130 countries. It was approved by Pope John Paul in 1985, as a Marian Association, which was formerly (Blue Army) in 1945. WAF Diocese of Joliet Illinois belongs to the Diocesan Level, and there are 25 Million Members spreading the message of Our Lady of Fatima 100 years ago, which is “Pray the Rosary Everyday to Obtain World Peace and End of War.” Millions of people have joined the WAF over the years, and in 2010, it was elevated to a Permanent Public International Association of the Faithful by the Vatican. This means, that WAF can speak to the world on behalf of the Mother Church on all matters pertaining to Our Lady of Fatima.

With a growing number of Filipino devotees of Our Lady of Fatima in Chicagoland, a traditional Flores de Mayo or Santacruzan has become a popular event in the month of May among them.

Flores de Mayo, is a Spanish phrase that literally means “Flowers of May.” This is highly observed during the merry month of May where children and devotees offer numerous flowers to the altar of the Blessed Virgin Mary.

Santacruzan, on the other hand, is as festive event, which serves as the highlight of Flores de Mayo. It is the depiction of Saint Helena and Saint Constantine’s search for the Holy Cross of Jesus Christ in Jerusalem. A long procession of beautiful ladies, clad in lavishly decorated long Philippine gowns, together with their escorts wearing Barong Tagalog, walk in procession along the main streets. The town’s parish church or the barangay’s chapel is usually the starting and ending point of the procession.

This year, the Diocese of Joliet is organizing its Santacruzan, in cooperation of St. John Paul II Parish in Kankakee on May 6, 2018, with Father Sunny Castillo as the officiating Parish Priest. This year’s Reyna Elena is Audrey Esquivel. She is a talented and beautiful 14 year old daughter of Reynold and Cynthia Esquivel. Audrey is an 8th grader and a consistent honor student of Brooks Middle School in Bolingbrook. She has an older brother, Matthew Jacob. She loves to sing, play the ukulele, piano, read books, and play the volleyball and basketball. Audrey’s excellence in academics, talent and sports is topped by her spiritual attributes. She is currently the Vice President of WAF (World Apostolate of Fatima) Diocese of Joliet, Illinois. She is thinking of becoming a well-known pediatrician someday. Audrey’s community involvement includes performing as front act in Filipino concerts and events such as the Jed Mandela’s Concert in Chicago on February 2017 at the Copernicus Theater. She also performed at the Piyesta Pinoy, and had won numerous vocal competition and garnered excellent awards in singing.

WAF’s Santacruzan promotes Filipino culture and as such, the invitation to attend this event is open to public. There will be Food and Entertainment after the Crowning of Our Lady of Fatima and Reyna Elena. For details and support to this event, please contact Cynthia Esquivel at cesquivel_8@ yahoo.com.