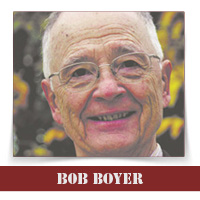 “In terms of my observations of terrorist activity, I thankfully did not see any terrorists that I was aware of. I can’t say I would recognize a terrorist if I saw one.” Thus did my Nephew Nick email me, responding to my question. He had been visiting Clara, his fiancé, who lives in a town not far from Cagayan De Oro in north-central Mindanao. For the most part I am going to let Nick speak for himself. He has visited Clara in her hometown six times over the past few years, most recently for two weeks during Martial Law this past January, 2018. Moreover he has a funny, dry sense of humor that is helpful when we communicate and, at times, disagree.

Before turning the column over to Nick, here is a review of Martial Law in Mindanao. The nightmarish “Battle of Marawi,” between the terrorist Abu Sayyaf, now linked to the Islamic State, and the Armed Forces of the Philippines (AFP) exploded and then dragged on from May well into October of 2017. President Duterte declared Martial Law to help the AFP. The U.S. and the former Muslim Insurgents, other than Abu Sayyaf, were allies of the AFP. The fighting effectively ended in October. The Philippine Government, at Duterte’s request, has extended Martial Law through 2018. Cagayan de Oro is not far from Marawi.

And now, with very minor edits, here is Nick’s report. “I did observe the results of martial law. Checkpoints were set up in the area around Cagayan De Oro. These were on the roads we traveled often to and from the city. The checkpoint was often staffed with what looked to be military soldiers with assault rifles . . . .” The checkpoint “consisted of simple wood or metal pipe blockades meant to channel the traffic into single file lines so the military could see the occupants of the vehicles as they slowly passed the checkpoint. They also had a simple structure meant to shade the men from the hot Philippine sun. . . .” “The checkpoints were not always staffed, but they were often staffed.”

“Clara commented on the checkpoints saying that it made her feel safer. She also commented on the martial law and how she felt no infringement on her freedoms. . . . I could see very little impact. The checkpoints barely impacted the already slow traffic in that area. As a matter of fact I was riding in a few jeepneys as they went through the checkpoints and they were not single file. I’m not sure how the men had the time to see all the occupants of the jeepneys at the rate they went through the checkpoint. I guess I saw many opportunities for a person trying to avoid detection to get past these checkpoints, but maybe the intent was to stop large groups of insurgents from passing.”

“Clara also commented on how Duterte was willing to come to the battle and pick up a gun. He was not afraid. According to her, past presidents would never do so. He was a president that cared for the men that were fighting. To illustrate how he was an ordinary person she also talked about how he will fly in the economy seats back to his home in Davao. She likes how he does not expect to be treated special just because he is president. She also likes the fearlessness that he seems to portray. He definitely has a strong appeal to the common person who has been suffering from the corruption in the government as well as from the crime rate. I personally see Duterte as a president that is trying to do what he feels is best for the Philippine people. Whether he is using the right methods or not is debatable, but I see his intentions as good. He does not seem to hide his intentions.”

Nick had arrived for his visit with Clara in mid-January, 2018, a few months after the “Battle of Marawi.” He noted only that Duterte “handled Marawi well . . . declaring martial law as needed and asking help from the U.S. as needed.” He did not address the issue of extending martial law through 2018. As I told him, I very much appreciated his first-hand observations and his sharing the ongoing views of Clara, which are apparently held by most in her hometown—and largely by Nick. Most of my Manila friend would disagree with Nick’s position, as Nick well knows. For me, his is the other side to the story.