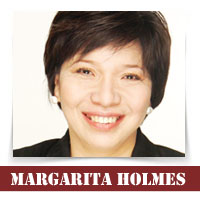 I would like to seek your advice for my son who admitted that he is a masochist. I was so shocked when his GF of 4 years cried to her mom that she is no longer happy with the relationship. They did some shameful sex adventure. This is a serious matter and I would like my son to seek a medical psychiatric attention immediately. Please advise what I should do. Thank you. Bella ________________

Dear Bella, I will start with a caveat: It is difficult to deal with behavior that falls outside our own particular comfort zones. This is especially true when it comes to sexual behavior. We all have differing views of what is right and wrong, appropriate or not, and these are deeply personal, molded interalia by family, society and religion.

Given the cornucopia of delights that sex has to offer, where does one draw the line between the acceptable and the shameful? It seems reasonable to suggest that the decision on where to draw the line should be left to the parties involved; after all, if they are consenting adults and in a private place, what right have others to interfere?

This takes us back to the possible reactions to the “shameful sex adventure”. It is tempting to say that, without knowing what it actually was, it is difficult to comment further. But does it really matter? Absent some sort of public performance, like being paraded naked on all fours wearing a collar and chain like a dog ( no offense meant to dogs), surely the only important issues are that the participants should be adults and the behavior consensual.

Now it does seem as though your son’s girlfriend fails the second requirement, in which case her withdrawal from the relationship seems entirely justified. In fact, even if she did consent at the time, she is of course completely free to say enough is enough and go her own way.

So where does this leave you and your son? I suggest that unless your son is willing to consider treatment, there is little you can do beyond exhortation, as you are not directly involved.

However if he is amenable to therapy, choose one with an established reputation for treating whatever symptom your son is suffering from. Just be mindful that your diagnosis of masochism is not a professional diagnosis, unless of course you yourself are also a therapist. All the best-JAF Baer

According to the DSM-V (2013), the …focus of sexual masochism involves the act of experiencing— over a period of at least 6 months—sexual arousal from being humiliated, beaten, bound, or made to suffer in some way. To be considered problematic, the fantasies, urges, or behaviors must cause significant distress or impairment in social, occupational, or other important areas.

Thus, sexual masochism perse is neither good or bad, unhealthy or healthy.

If a person is masochistic but he and/or his partner experience no distress, and he is able to meet other personal goals and does not keep his partner from meeting hers, then he would not be diagnosed as having a disorder.

Your son’s former girlfriend is now experiencing distress, but is it possible that this distress is after the fact? And might it also be possible that it has little to do with your son’s masochism but more to do with something else?

In his 1989 book Masochism and the Self, Roy Baumeister presented a psychological theory compatible with the mounting evidence that most masochists are not mentally ill. Instead, Professor Baumeister finds that masochism emerges as an escapist response to the problematic nature of selfhood. He adds: “Masochism may be a means of escaping from high level awareness of self as a symbolically mediated, temporally extended identity.”

…Is it really appropriate to label it (masochism) a mental illness? It should certainly be considered problematic if it becomes addictive and interferes with our general level of functioning, or if it is practiced to its dangerous extreme. But then again, it has been proven over and over that anything taken to its addictive extreme can do harm… even exercise.”

I am truly sorry if my answer is unsatisfactory. But I think asking yourself if frog marching your son to a therapist is truly ok …either for him and/or your own relationship with him. All the best—MG Holmes

A longer version of the article first appeared in rappler.com