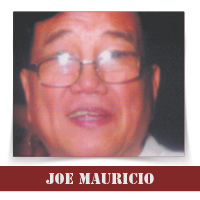 President Trump’s new plan to secure schools after last month’s slaughter of 17 students and teachers in Parkland, Fla., is chock-a-block with ideas, some worthwhile (strengthening background checks and restraining orders) and some half-baked (arming teachers).

Most conspicuously absent is any call for banning semiautomatic assault weapons such as the one used in Parkland, or even raising the age to purchase them to 21 nationally — a step Trump initially said he supported but then backed away from amid National Rifle Association opposition.

Another missing piece that could guide the nation, and the commission to be chaired by Education Secretary Betsy DeVos, toward data-driven solutions to gun violence: freeing scientists to explore the causes of, and uncover the solutions for, a shooting epidemic that kills 35,000 Americans every year.

Scientists, you ask, are not already free to do this? NRA: Don’t use tax dollars to promote gun control No, not really. There’s actually a federal statute — won by the NRA decades ago — that all but bars research on gun violence. A little knowledge, evidently, is a bad thing when you’re advocating for guns anywhere and everywhere.

It’s the reason why every mass killing in our schools or churches or concert grounds only produces another round of ideas based more on gut instinct than hard evidence.

Is it true, as NRA chief Wayne LaPierre repeatedly asserts, that “to stop a bad guy with a gun, it takes a good guy with a gun”? In other words, does arming more citizens reduce gun deaths or does it increase them? Is it also true that banning assault-style rifles and large-capacity magazines could truly diminish mass killings?

One reason we don’t have better answers to these questions is the 1996 Dickey Amendment — named for the author, then-Rep. Jay Dickey, R-Ark., — which bars the Centers for Disease Control and Prevention from funding research that “may be used to advocate or promote gun control.”

An identical change in 2012 similarly restricts the National Institutes of Health.

Cleverly ambiguous, the phrasing worked beyond the NRA’s wildest dreams. It discourages private-sector research as well as federally funded studies. The NRA said it meant no harm to “legitimate medical science.”

But today, among leading causes of death in America, gun violence is among the least in research by a wide margin, according to a Journal of the American Medical Association review. For example, gun violence receives just 0.7% of the research funds that go to sepsis, which kills as many people.

Before he died last year, Dickey himself — noting how federal research into preventing traffic fatalities has saved hundreds of thousands of lives over the decades — regretted his role in curtailing the study of gun violence. “I wish we had started the proper research and kept it going all this time,” he told The Huffington Post.

Since Parkland, other leading Republicans have added their voices. Bob Goodlatte, chairman of the House Judiciary Committee, said that gun violence, particularly as it relates to mental health, should be a target of federal research. And Trump’s new secretary of Health and Human Services, Alex Azar, acknowledged the obvious in promoting these studies. “We’re in the science business and the evidence-generating business,” he told Congress.

Azar might have added that schools are in the learning business. Yet, when it comes to protecting students from gun violence, the nation is willfully ignorant.