The Asian American Coalition of Chicago celebrated its 35th annual Lunar New Year for the Year of the Dog at Hyatt Regency O’Hare, Rosemont, Illinois, on February 24 with the theme “Be United, Stay together,” attended by more than 1,000 people. The dinner banquet this year was hosted by the Korean American community of Chicago, chaired by Itak Seo, President of Korean American Association of Chicago. Next year’s country host will be the Philippines. 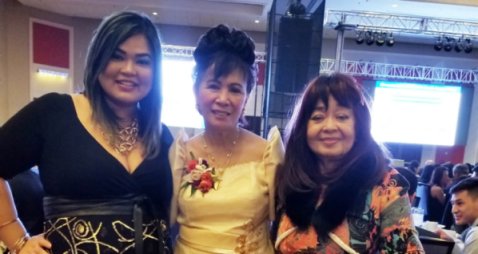 Photo above taken at the AACC’s 35th celebration of Lunar New Year. Left to right: Lou Cabalona, Lourdes Mon and Veronica Leighton. Ms. Mon has been an active board of directors member of AACC for many years. She is also the current overall chairperson of the Philippine Independence Week Committee 2018.

CONSULATE GENERAL REACHES OUT TO FIL-AM YOUTH IN THE MIDWEST

ADVISORY TO THE FILIPINO COMMUNITY IN THE MIDWEST AND PARTS OF SOUTHERN U.S.