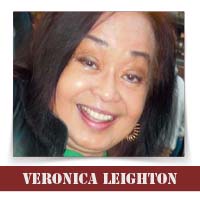 For the occasion of International Women’s Day (March 8), I would like to personally honor our talented women in VT/CPRTV family who have shared to our readers and TV audiences their unselfish devotion and dedication in print/ broadcast journalism through the years. For your information, we are likewise celebrating our 35th year in Via Times publication and 30th year in the Chicago Philippine Reports TV (CPRTV), pridefully saying that both ethnic media platform was founded by a Filipino woman, humbly, yours truly.

Here at VT/CPRTV family, we are so blessed with a crew of multi-talented, smart and dedicated women (and men, too!) whose capability, dependability, and dedication to the work they do for our community is unquestionably A-plus. Some, just like me, have to share their precious time and talent with both media, such as, Columnists Maria Girlie Pascual (CPRTV Anchorperson), Melody Dizon (Health Matters Host), Jovie Calma (sub-anchor & interview host), and Lou Cabalona (Newscaster). Not to be overlooked is Zeqi Guo, CPRTV editor and VT layout artist, who I also refer to as my “new adopted daughter”. And, our newest exciting addition in the CPRTV family, Veronica (Nica) Mendoza, currently subbing for Lou Cabalona’s segment, very young, very fresh, very talented, very pretty.

Of course, our list of multi-talented men crew, with Nick Vera Perez and Joe Mauricio leading the pack as they share their multitalents in our tri-media platform, print, broadcast and web. I would like to specifically mention Joe Mauricio, VT editorialist and Objectively Harsh columnist, who is up and about in this issue after almost three months of confinement in the hospital and suffered from some health concerns. He also performs the tasks of producer/cameraman in CPRTV. We are so proud the following noted male writers, Prof. Robert Boyer, Ryan Tejero, JP Ferrer and James DC, who have lent their expertise in writing, through many years.

So, hail to the men and women of our publishing institution. So proud of you, and thank you so much for being a part of me and our larger community! I salute all of you! Like the IWD, we honor your accomplishments and contributions to our community, and encourage you to get going with your talents and passions for writing.

We are proud to feature in this March issue our one and only Nick Vera Perez, CPRTV’s multi-talented Entertainment Host of “Let’s Dance with Nick”and the recipient of Entertainment of the Year 2013 by the Chicago Filipino Asian American Hall of Fame. Nick is a Recording Artist at Warner Music Philippines. NVP has his first upcoming concert in Chicago on March 24 to be held at Drury Lane Oakbrook Terrace, IL.

2018-03-01
administrator
Previous: Do You Want to Know Your DNA?
Next: Top 5 Mistakes People make When Contemplating Divorce