How to Score the Health Benefits of CANNABIS —Without Getting High 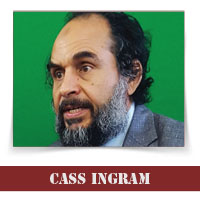 For centuries mankind has relied on the cannabis plant for its medicinal properties. Ancient Egyptian text from the 2nd century (called Fayyum Medical Papyrus) contains the earliest known record for the use of cannabis as a medicine for cancer. In the 3rd through 4th centuries, the herb gained popularity for its effectiveness in easing the pain of childbirth and was also used as a surgical anesthetic.

“The secret to the cannabis plant’s curative and pain relieving power is derived from a special group of chemical compounds which reside in the plant called cannabinoids (kuh-NAB-uh-noidz),” says Dr. Cass Ingram, one of the world’s foremost experts in medicinal herbs and spices, and author of the new book, “The Cannabis Cure.” “Cannabinoids are crucial not only for the healthy operation of the central nervous system but for the endocrine, cardiovascular, and immunological systems as well.”

Dr. Ingram says cannabinoids, of which there are just over 60 types, are now being studied by scientists world-wide to ascertain their medicinal value in treating specific diseases and medical conditions. Humans produce many of their own cannabinoids, and dietary sources include dark leafy greens, especially parsley, black pepper, rosemary, oregano, basil, and sage.

“The richest source of cannabinoids is a liquid CO2 extract taken from the cannabis plant,” says Dr. Ingram. “Not only does the extract contain a complete assortment of cannabinoids, it also contains other important chemicals including caryophyllene, the premier cannabis-source anti-anxiety and anti-depressive agent.

“Adequate levels of cannabinoids allow for a process of continuous cleansing to occur within our cells and organs,” says Dr. Ingram. The adequate internal presence of cannabinoids holds the key to disease prevention and the achievement of a long, disease-free life.

Some of the symptoms which indicate you need to build up your cannabinoid levels are:

– suffering from epilepsy for many years

– gets too emotional, fits of rage and/or anger

Dr. Ingram says after taking the test and marking our symptoms, most of us will likely find we have at least a “mild to moderate” cannabinoid deficiency.

“This means you are likely not getting sufficient cannabinoids in the diet, and/or your body is unable to make sufficient amounts,” says Dr. Ingram. “For optimal health increase the consumption of dark leafy greens, especially parsley, and also to consume greater quantities of cannabinoid-rich spices, including black pepper, rosemary, oregano, basil, and sage. Also, take a mixture of raw, organic CO2-extracted hemp plus CO2-extracted wild oregano, 5 drops daily.”

About the Author – Dr. Cass Ingram

Dr. Cass Ingram is a nutritional physician who received a B.S. in biology and chemistry from the University of Northern Iowa (1979) and a D.O. from the University of Osteopathic Medicine and Health Sciences in Des Moines, IA (1984). Dr. Ingram has since written over 20 books on natural healing. He has given answers and hope to millions through lectures on thousands of radio/TV shows. His research and writing have led to countless cures and discoveries. Dr. Cass Ingram presents 100’s of health tips and insights in his many books on health, nutrition, and disease prevention. Dr. Ingram is one of North America’s leading experts on the health benefits and disease fighting properties of wild medicinal spice extracts. A popular media personality, he has appeared on over 5,000 radio and TV shows. He now travels the world promoting perfect health – the natural way.

2018-03-01
administrator
Previous: CPRTV Channel
Next: The Power of Words