The midnight scene was apocalyptic at the height of the shocking ice storm that blanketed most of Texas, a state that is geographically bigger than California and normally very seldom sees snow. There was ghastly silence as thick snow and ice covered the cities and fields. More than 4 million people at one time or another were without power to light and heat their homes. Before the water supply was cut off, water pressure was very low which made the water undrinkable. People struggled to survive, boiling water if they could find some. The 600-bed homeless shelter of the Salvation Army near downtown Dallas was full. Hospitals were crippled. Prisons could not flush their toilets. Many including small children died from hypothermia. Of those who, in desperation turned on their cars’ engines to get some heat, some died from carbon monoxide poisoning. Others tore down wooden parts of their house and burned them in their fireplaces along with furniture and babies’ cribs for warmth.

The temperature in North, East and Central Texas dipped to as low as 3 degrees F., which felt like minus 10 degrees, bursting pipes and sending roofs crashing from sheer weight of solid ice. Forty people are reported dead. My son Amiel in Austin whose camper’s ingenuity helped him survive, did not have power for 45 hours and had to evacuate on the fourth day of the blizzard. There was no escape as the icy roads were treacherous and many flights at the airports were grounded. In terms of destruction, according to insurance companies’ estimates, the cost of this catastrophe may exceed the $125 billion cost of Hurricane Harvey as the worst natural disaster in Texas history. It was a double whammy for the beleaguered Texans, as the lone star state was still suffering from the pandemic when the ice storm nightmare came. The crisis also delayed the distribution of the anti-COVID vaccines.

POLITICIANS ARE TO BLAME

While the unpredictable ice storm could not be prevented as the reality of ‘Climate Change’ has turned the earth upside down raining ice, fires, hurricanes and tornadoes in the most unlikely places, the destruction and suffering in Texas could have been prevented if the shameless and proud politicians had not bungled their jobs and abused their authority. In the much-touted “Energy Capital of the World”, it was a huge embarrassment to the state officials for their private and unregulated state power grid to fail and cause so much suffering.

The historic energy failure problem finds its roots in the early 2000s when then Governor Rick Perry was unsuccessfully running for President. In his arrogant swagger, Perry boasted that Texas was so independently rich and self-reliant that if it decided to secede from the Union, it would be richer and more powerful than the remaining states. The Texas constitution, in fact, has a provision that it could secede from the Union if the citizens of Texas so decide. Be that as it may, doing so and declaring independence from the U.S. would be foolhardy and may even be disastrous, as the last winter storm debacle has demonstrated. The phrase ‘no man is an island’ which expresses the idea that human beings do badly when isolated from others and need to be part of a community in order to thrive, rings true here. No state can be totally autonomous and ignore the rest of the country and expect to thrive. The 50 united states have symbiotic relationships with one another, whether they like it or not.

Nonetheless, Rick Perry and the state Republicans managed to do things on their own with sheer disregard and scorn for common rules and regulations that naturally have to be coordinated by the Federal government. Perry even went further and proposed the abolition of the Energy department. Thus, Texas’ own independent power grid called ERCOT (for Electric Reliability Council of Texas) was created, “to avoid and circumvent Federal guidelines and regulations”. While the rest of the country is powered by two interdependent national grids, interconnected to prevent major failures in any one state, the Texas grid stands on its own, unable to be backed up by the national grids when needed. The proud and myopic creators of ERCOT never imagined that their system would fail. “How can the energy capital of the world fail?” bragged the state officials. Well it did, and it failed miserably.

Some years ago when the Federal energy officials warned Texas to winterize its electricity grid to prevent freezing up, Governor Greg Abbott and the ERCOT managers ignored the warning. “It never gets that cold in Texas” said Abbott defiantly. And while people suffered and froze last week, former governor Rick Perry arrogantly said: “The people of Texas would prefer to not have power and water for several days than to accept Federal regulations.” False state pride! Speak for yourselves, governors. Tell that to people whose parents or young children froze to death. Tell that to families whose houses flooded or burned to the ground when the firefighters could not get water from anywhere. And to add insult to injury, just today, Lieutenant Governor Dan Patrick blamed the consumers who complained of $7,000 to $10,000 electricity bills this way: “That’s the price the people pay for gambling on the state’s low power rates, they failed to read the fine print.” This is the same Dan Patrick who had suggested in the early days of the pandemic that elderly Texans sacrifice themselves to Coronavirus for the sake of the economy. Unbelievable! These are the people that you voted to office, folks. If they are to blame, the ultimate blame points in your direction!

And while the people suffered, the unscrupulous politicians resorted to blame game instead of coming up with solutions. Governor Abbott and Fox News were quick to blame the Democrats’ alternative energy sources (wind, solar and water) and “the Democrats’ plans to eliminate fossil fuel (coal and oil) altogether,” which is decades away if it ever comes to fruition. Texas, traditionally, is largely fossil-fuel dependent and will be for a long time.

Abbott’s feeble attempts to blame clean energy sources for the outages were contradicted by his own Energy department who said it was the 180 gas-fueled, non-winterized power generators that failed to handle the blizzard. The wind turbine-powered sector of the grid is a tiny, almost inconsequential contributor to the main grid. And it is not true that renewable energy will not work in Texas. It is in fact solar and wind turbine-harvested energy that are saving the northwestern states and Canada’s power grid from freezing up. Their systems have never failed.

Democrat leaders Beto O’Rourke and Joaquin Castro promptly rebuked the governor and placed “100% of the blame on him and other Republican officials for sheer negligence, incompetence and unpreparedness”. Texas has been under Republican control for decades and as it turned out, the state’s own unique Power Grid was woefully inadequate, resulting in the serial failures of their massive generators last week. The natural gas plants were frozen. Gov. Abbott’s knee-jerk reaction was to fire the ERCOT executives and order an investigation, but had no immediate concrete solutions to offer except to wait for the cold weather to turn around. Texas senator Ted Cruz said he had no defense and instead of using his authority and position to assist the victims, decided to flee to warm Cancun with his family (See below).

Instinctively, the Biden administration quickly declared a major emergency in Texas, expedited access to Federal funds and instructed FEMA to distribute generators and to provide assistance including food and supplies to endangered families. The president visited Texas last Friday to personally assess the damage wrought by the storm and to visit vaccination centers and the Houston Food Bank, the biggest in the country. Other states also reached out with whatever relief they could gather for the suffering people in Texas. The much-maligned NY congresswoman Alexandra Ocasio-Cortez raised millions of dollars and personally delivered badly-needed goods to the victims. Beto O-Rourke and his army of phone bankers called more than 200,000 senior citizens and his volunteers delivered whatever the old folks needed.

Sadly, this is what happens when national crises and emergencies are politicized by self-absorbed politicians and proud states decide to act independently at their own peril. The people suffer.

About the Author: Gus Mercado is a 40-year resident of Texas and a well-known Fil-Am business and civic leader in Dallas, Texas. He founded the popular Filipino Leaders Coalition of North Texas (FILCON).. He is a recipient of the Presidential BANAAG award for outstanding community service. Reactions to this article may be sent to gusmercadotx@gmail.com. 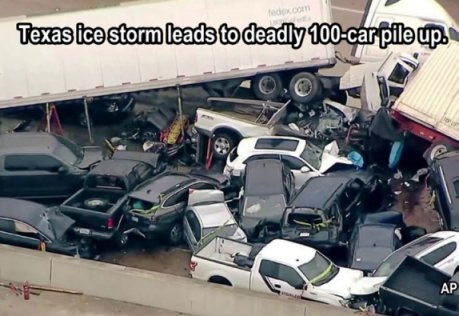 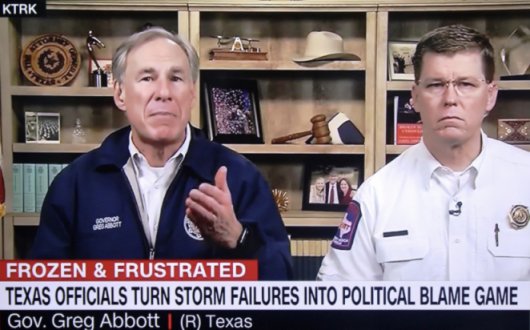