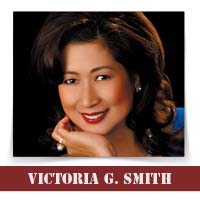 Man of a Thousand Faces they called
him—I wonder if he also had a thousand
feelings to go with them, or was he
merely a master of disguise?
Did his heart wear a mask—made him
laugh when he should have cried;
smiled when he should have frowned;
cursed when he loved
completely, though foolishly?
He wore the faces of all men,
and for a few cents an hour,
also bore their burdens for them.
And they adored him. For they saw
themselves in him and made
him an icon of an era.
He showed them what a man could
do to adapt to this world. And they
sang songs to human spirit after that.
They wept when he died with
their memories of themselves.
All actors since—they wear
many faces too. Mostly the mask
of happiness—urging the audience
to do the same: To smile though
your heart is breaking. Isn’t that
the way the song goes?
How many faces do we wear?
Which one are you wearing now?
We’ve become a nation of entertainers—
amusing ourselves with our selves,
never knowing which face is real;
which, false. The show must go
on, after all, no matter
what goes on backstage.
We’ve desensitized ourselves
by sensationalizing the trivial.
We’ve even invented games for that,
and made ourselves millionaires
for knowing little facts of little value
to the larger picture of living.
We’ve become a guessing nation, gambling
on the chance that behind some mask
is the true Man of a Thousand Faces.
To remind us of who we are.
So we can throw our burdens
upon him once more.
We’ve always needed scapegoats
for our baggage, a sacrifi ce to the altar
of our egos. We hate ourselves so much
we have to kill ourselves
through another.
And that’s why we had to have
the Christ.
Wasn’t he the original Lon Chaney?

Poet’s Notes. This being the Chicago Filipino Asian American Hall of Fame Awards month, I’d like to congratulate all the honorees and wish them more power in pursuing their respective passions and professions wherein they’ve distinguished themselves. I remain grateful for having had the honor of being the VIA Times Woman of the Year last year and the 2013 Outstanding Writer and Community Volunteer, for I couldn’t think of a more empowering way to be recognized and supported in one’s accomplishments and endeavors as an immigrant in this country. And so I say to this year’s awardees: Savor and enjoy!

At the time of this writing, I am attending the Orcas Film Festival. When this four-day weekend affair is over, I would have seen fi lms from all over the world, such as those from the United Kingdom, France, Italy, Sweden, Poland, Canada, Japan, and of course, the United States. Being mesmerized by the performances of the various actors in the featured fi lms inspired me to republish above poem.

The value of art for me has always been how closely it imitates life or evokes its many shades of reality. Life is messy, and thus truth is complicated. Good art is particularly effective in imparting this insight. Indeed, nuance is something I am trying to master in my own writing. It isn’t easy to achieve, just as it isn’t easy to understand how opposites could coexist in one space, one time, one person.

A fairly recent fi lm, “A Monster Calls”, has amazingly undertaken this task—amazing, since the fi lm is a work of animation and thus presumably addresses a young audience. This is unlike any fairy tale we’ve been told, where people and events are usually depicted in clear, uncomplicated black and white, within the usual “good versus evil” theme. The fi lm’s narrator tells the story of a handsome young prince who grabbed power by resorting to cunning and murder, yet ultimately became a great king who was good to his people and wise in judgment. Moral of the story? How no one perhaps is completely bad or absolutely good. The fi lm was courageous because it trusted its young audience to grasp this complicated truth. I say, it’s about time—time to stop telling our children lies about what it means to live with each other as human beings, in the name of keeping and protecting our youth’s innocence.

Purity and innocence should never be confused with ignorance and naiveté. One could remain pure and innocent while being wise to the ways of the world. The most memorable heroes and heroines in the history of cinema have been those who had kept their purity while having had to wrestle their antagonists in the mud of life. And it is those actors who are able to depict such complex characters that are the most successful in holding our attention for the full two, sometimes three hours of a make believe world. Make believe. It occurs to me how powerful these words are!