Maywood, Illinois – “They were barely more than kids, only in their teens and early twenties”, thus how the eighty-nine young American soldiers of the 192nd Tank Battalion from Maywood, Illinois, USA were described when they arrived in Manila and Clark Field in the Philippines on November 20, 1941 to reinforce General Douglas MacArthur’s forces in the Philippines. After the Japanese bombing of Pearl Harbor in Hawaii on December 7, 1941, the 192nd Tank Battalion from Maywood helped the forces of General MacArthur defend Bataan until it fell on April 9, 1942 and consequently led to the infamous “Bataan Death March” and imprisonment by Japanese forces. Of the original 89 members of the 192 Tank Battalion, only 42 would return from the war.

Philippine Consul General Gina Jamoralin, attending the annual commemoration event for the first time, delivered her remarks and paid tribute to the fallen soldiers and defenders of Bataan who gave their ultimate sacrifice of life at the altar of freedom. She emphasized that Bataan symbolizes the valor and sacrifices of these young men and women and the enduring friendship and common bond between the Filipinos and Americans who fought shoulder-to-shoulder in defending democracy. She lauded the bravery of the men and women of Maywood, whose unique story will be forever remembered by Filipinos and Americans and expressed hope that the next generation will continue to remember Bataan and the valor and heroism of the Maywood soldiers of the 192nd Tank Battalion.

Mayor of Maywood, Honorable Edwenna Perkins thanked the organizers of the annual Maywood Bataan Memorial Service as it brings great pride to the City of Maywood and inspiration for its youth.

The annual memorial event, now on its 76th year, is organized by the Maywood Bataan Day Organization (MBDO) led by its president, Col. Richard A. McMahon and Board of Trustees in coordination with the Filipino-American community and the local government of Maywood. END 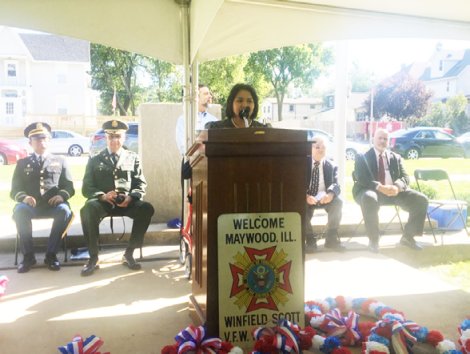 Consul General Jamoralin delivering her remarks before veterans and their families during the Maywood Bataan 76th Annual Memorial Service. 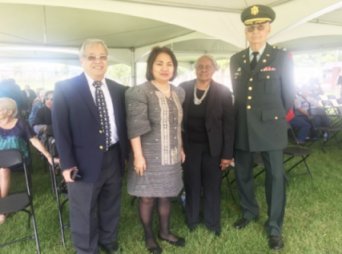 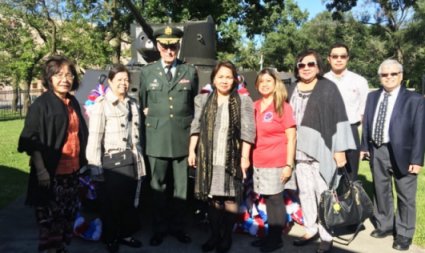 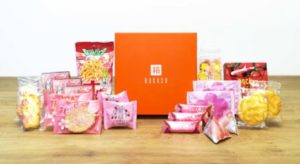 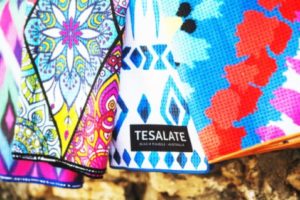