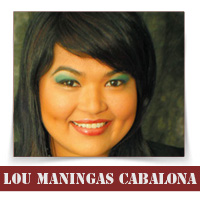 Ask any Chicagoan the best place to visit in town and nine times out of ten they will point you to Grant Park even without knowing it. Many will say the magnificent mile, the strip of Michigan Avenue south of the Chicago River where all upscale establishments make it heaven for shopping lovers or Navy Pier, one of the most visited attractions in the Midwest. But just as likely, they will also mention the Buckingham Fountain, The Bean, Millenium Park, Field Museum or Shedd Aquarium. All are notable places that are part of hundreds of acres of land coined as “Chicago’s Front Yard”, Grant Park.

But who is this prominent landmark named after? While all information is practically one google away, the answer and 200 different interesting facts about Illinois came to me over a hundred sixty miles away from Chicago on an impromptu weekend getaway.

With a promise of sunny days and sightseeing pleasures, the family drove to Galena, Illinois – where they were hosting a special weekend event celebrating the Illinois Bicentennial – the 200th year celebration of Illinois becoming the 21st state in the union.

It was amazing to learn about a now quaint and quiet town was once the bustling center of commerce at the height of the lead mining industry a few years after Illinois became a state when Chicago was relatively an unknown town. Galena was also the stage for many important political events during the time of Lincoln’s presidency and throughout President Grant’s lifetime.

There we so many bits of knowledge I picked up on our trip worth sharing!

In the spirit of the bicentennial, here’s some of the amazing people, places and events that happened in the last 200 years that make us #Illinois- Proud

1. Statehood (December 3, 1818) – Illinois, with 34,620 residents, becomes the twenty-first state. Kaskaskia remains the capital and Shadrach Bond is the first governor. Most people live in the south along rivers and forested areas. The prairies are largely unsettled and Chicago is an unimportant village.

2. John Deere (1837) – In northern Illinois, John Deere design a self-scouring steel plow that will cut through prairie sod, making farming much easier for vast swaths of the country. He decides to mass produce it, rather than making it to order, beginning one of the nation’s most successful farm supply companies.

4. Lincoln Elected President (November 6, 1860) – Lincoln, a Springfield lawyer who started his political career as an Illinois representative wins the presidency of a country that is falling apart. He is remembered as one of the most beloved presidents of all time.

5. President Grant (November 3, 1868) – Ulysses S. Grant, Civil War general from Galena, is elected President of the United States. He oversees Reconstruction of the former Confederacy and faces the financial Panic of 1873. He retires after two terms and writes his memoirs just before he died in 1885, now considered a classic work of American Literature. Grant Park in Chicago was named after him in 1901, sixteen years after his death.

7. World’s Fair (May 1, 1893) – The World’s Columbian Exposition opened in Chicago, commemorating the 400th anniversary of European exploratory voyages to the western hemisphere. The enormously successful and influential event lasted until October 30.

9. Walgreens (1901) – Walgreens begins with a drug store in Chicago, owned by Galesburg native Charles R. Walgreen Sr. In 1922, the company introduces a malted milkshake and today operates over 8,000 stores in North America.

10. Wrigley Field (April 23, 1914) – Wrigley Field, then called Weeghman Park, opens. The ballpark hosts the Chicago Whales for a year before the Wrigley Company purchases the Cubs and moves them there, renaming the stadium in 1926.

12. Chicago Hockey (1926) – The Chicago Blackhawks are founded as one of the NHL’s original six teams. It would win its first Stanley Cup in 1934. To date, the Blackhawks have won six Stanley Cup championships.

14. Penicillin Copyright (May 25, 1948) – Andrew J. Moyer copyrights his method of fermenting and mass producing penicillin form his lab in Peoria. This same process had allowed the drug to save countless lives in World War 2 and would continue to do so for decades.

16. Second City (December 16, 1959) – The Second City improv theater opens its doors, becoming one of the most influential comedy theaters in the world. Among its performers are Bill Murray, John Belushi, Tina Fey, and Stephen Colbert. Chicago is the birthplace of improv comedy and remains its center.

18. Record Skyscraper (1974) – The Sears Tower, the tallest building in the world, is completed in Chicago. It reaches 108 stories or 1,451 feet into the sky. It would hold the record as the world’s tallest for 25 years. Today the building has been renamed the Willis Tower.

19. Reagan Elected (November 4, 1980) – Illinois native Ronald Reagan is elected president. He would win reelection in 1984 and become one of America’s most popular presidents.

20. Chicago Bears (January 26, 1986) – The Chicago Bears win their first Super Bowl with one of the strongest teams in NFL history. Under legendary coach Mike Ditka, players like William “The Refrigerator” Perry and Walter Payton dominate their opponents for a 15-1 season.

21. Oprah Premieres (September 8, 1986) – The Oprah Winfrey Show, broadcast from Harpo Studios in Chicago, airs nationally. Already a well-known local personality, Winfrey’s show would become one of the most popular in television history.

23. Cubs Win! (October 22, 2016) – The Chicago Cubs defeat the Cleveland Indians to win the World Series for the first time in 108 years. The ensuing celebration in Chicago is one of the larges gatherings in world history.

For more info about the Illinois Bicentennial, check out www. illinois200.com FMOC Summer Music Workshop culminates with a Recital Congratulations to the students of the 1st Summer Music Workshop organized by the 501(c)3 not-for-profit, the Filipino Musicians of Chicago, Inc. which culminated in a recital performance at the Seafood City Chicago last August 19 at 430 p.m. Workshop graduates Claire Abroguena, Earl Henry Lim IV and Faith Lim for Voice, Edwin J. Arana, Nathan M. Arceo, and Nolan Leegard for Drums, Jaedon M Arceo for bass guitar and Orlando “Benjamin” Bernardo for guitar received their Certificates of Completion from FMOC President Rudy Campos and their respective instructors after the 3 week session that focused on learning how to play instruments and working together as a band. Proceeds of the workshop will go towards the projects of FMOC that help ailing musicians and bereaved families of members who passed. 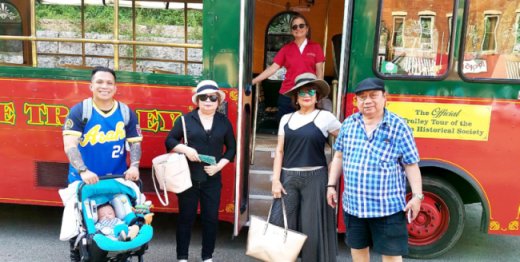 The Galena Historical Society Trolley offers visitors a comprehensive tour of the Historical district including the busy downtown Main St. The Cabalonas, (from left) Baron, baby Reign, Genia and Orlando (far right) and Sally Mesde (second from right) pose infront of the trolley after their tour 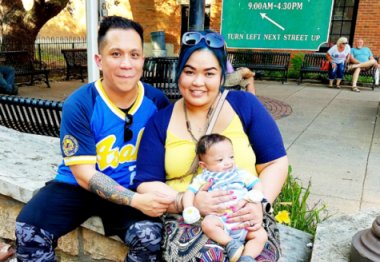 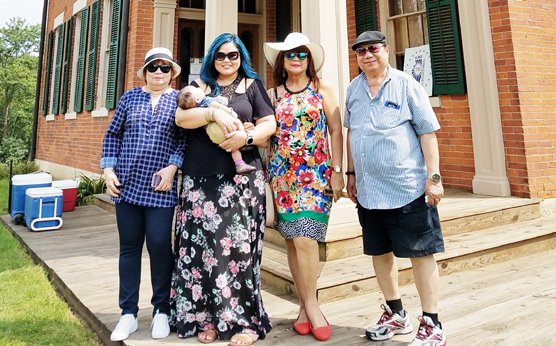 The Ulysees Grant Home, a National Historic landmark that is open every Wednesdays to Sundays year round offers a “meet and greet” with President Ulysees Grant at the front porch during Galena’s Illinois Bicentennial celebration

An experienced Galena Belles tour guide dressed like a lady in the 1800s describes some of the important artifacts in the Elihu B Washburne home. Washburne was a prominent Galena lawyer, a congressman, a political adviser to Lincoln and one of President Grant’s closest friend who was most influential to his army career and eventual presidency