Dr. Crisostomo was a man who nurtured thoughtful inquiry, dialogue, and action through a combination of wisdom, optimism, and charm. His international background informed his vision of community as a conciliatory practice of listening, learning, and collaborating cooperatively between constituencies. He understood the intrinsic value of unity in diversity. His life exemplified the Filipino heart and the ideals of Philippine national hero Dr. Jose P. Rizal. He will be remembered for his great intellect, sense of wonder, thoughtful stewardship, and dedication to community service and philanthropic leadership.

Dr. Crisostomo leaves us a legacy to build upon, a vision to continually pursue and restore the good for our Filipino American and broader communities. His influence is reflected every day through the endeavors of the Filipino American Council of Greater Chicago, in its passion to serve the vulnerable, and in the thoughtful, caring, and supportive community that has become the hallmark of the FACC. Let us continue each day to be inspired by his example and his call to foster cross-cultural dialogue, appreciation, and understanding – and make the Rizal Community Center a welcoming place for all.

Dr. Crisostomo had an illustrious medical career, specializing in obstetrics and gynecology. Following his training, he returned to the Philippines and joined the Department of Obstetrics and Gynecology, Southwestern University, Cebu, where he was a professor and chairman for two years. He immigrated to the United States in 1970, and practiced medicine at Good Samaritan Hospital in Lexington, Kentucky before moving to New York State, where he served as a clinical instructor at Syracuse General Hospital, Syracuse, and then as a physician at Planned Parenthood, Ithaca. In 1972, he moved his family to Barbourville, Kentucky at the invitation of its mayor, where he practiced medicine for 15 years and delivered about 10,000 babies. In 1987, Dr. Crisostomo relocated to Chicago, Illinois, and worked for the City of Chicago Department of Public Health and the Cook County Department of Public Health STD/ HIV Clinic until his retirement in 2011. He was known to his colleagues, nurses, and patients for his compassion, care, and humility.

A board-certified Ob-Gyn physician and lipo-suction surgeon Dr. Crisostomo was an active member of the American Board of Obstetrics and Gynecology, the American Academy of Cosmetic Surgery, and the American Society of Lipo-Suction Surgery. He was also a member of the American Medical Association and the Philippine Medical Association in Chicago. He spoke at Practicing Physicians in America meetings in Canada, the Philippines, Peru and the United States. He invented the “Cris Cannula,” a metal instrument for treatment of hyperhidrosis axilla or excessive armpit perspiration; he spoke on treatment by lipo-suction at the cosmetic surgical congress in Florida and in Washington, D.C. A copy of his presentation abstract is housed at the All-Russian Institution of Scientific Information. He published his article titled “Combined Mini-Abdonimoplasty and Liposuction” in the peer-reviewed the American Journal of Cosmetic Surgery. He also published papers on body lipo-suction and gynecological procedures in Contemporary OB/GYN journal.

Dr. Crisostomo devoted his time away from practice to volunteer efforts and humanitarian medical missions in underserved areas worldwide. He served in the United States, the Philippines, and South Korea. He established the Heart Cross Foundation and Mercy Medical Mission for the victims of the devastating Hurricane Katrina (U.S.) and Typhoons Ondoy and Haiyan (Philippines), and other natural disasters. He was also part of the Ninth Team of the General Board of Global Ministries of the First United Methodist Church, and served as a physician in a refugee camp in Zaire, Africa in response to the genocide and civil war in Rwanda and Barundi.

Dr. Crisostomo encouraged and supported the careers of many health care professionals. He saw the critical need to understand the fundamental principles of compassion care to those vulnerable. To this end, he served as a member and health fair chairman of the Illinois Secretary of State Asian American Advisory Council, earning a Humanitarian Award from Secretary of State Jess White in 2013. He was a CPR instructor at the Chicago Department of Public Health, Health Training program. He also served as a volunteer nursing instructor at a local health institute; he introduced and sponsored basic homecare giving courses for low-income and immigrant and individuals at the Filipino American Council of Greater Chicago’s Rizal Center. He enjoyed learning about the work his students were doing and kept in regular touch with them.

Dr. Crisostomo was a lifelong student of the philosophy and writings of Dr. Jose P. Rizal and established himself as an authority on the subject. He spoke nationally, including at the Newberry Library, Chicago. He took delight in sharing his knowledge and in mentoring the next generation of community leaders, often asking questions that demonstrated an expansive breadth of knowledge and intellectual curiosity about areas with which he was unfamiliar. He will be remembered as a kind and gentle teacher.

Dr. Crisostomo was a dedicated presence in his communities. In Barbourville, Kentucky, he served as president of the local Kiwanis Club; he was involved with the local Chamber of Commerce, and Garden Club. In 1979, the city council appointed him to the Fair Housing and Human Rights Commission. He also served as a director of the local Democratic Party, and sat on the Board of Trustees of the Kentucky Medical Association. In Chicago, Dr. Crisostomo was involved with several organizations, including the Free Masonry Shriners and Knights Templar, the Lions Club International, Rotary Club International, and the Yacht Club. He remained an active member of the First United Methodist Church at the Chicago Temple, and served in several volunteer capacities including Mabuhay Fellowship president. He was a member of the Philippine fraternal order Knights of Rizal and was conferred the esteemed rank of Knight Grand Cross of Rizal for his outstanding contributions and achievements for the order. Grateful for the community and people around him, he was also an active, longtime member of the Board of Directors of the Filipino American Council of Greater Chicago, and served as Chairman and Immediate Past Chairman.

Dr. Crisostomo enjoyed reading, dancing, and theatre. He took drama classes at Union College, Barbourville, Kentucky and performed in their production of “Come Blow Your Horn” by Neil Simon. He was a background actor (uncredited) in the Indian Village scenes of “Centennial,” a 12-part TV mini –series starring Richard Chamberlain and Robert Conrad that aired on NBC (1978-79), filmed in Kentucky.

Dr. Crisostomo is survived by his daughter Daisy and son Glenn, his wife Marivic, and children Alexa and Zackary. He was preceded in death by his parents and by his beloved wife Teresita in 2013.

Dr. Crisostomo brought us joy and we loved him well. Visitation and funeral services will be held at Drake and Sons Funeral Home located at 5303 North Western Avenue in Chicago, Illinois. A private visitation for the Knights of Rizal will be held on Saturday, September 8, 2018; Community, family, and friends will meet from 3:00 to 9:00 pm on Sunday, September 9. Funeral service, 10 am on Monday, September 10. Internment service will be held privately for family at Rosehill Cemetery.

Dr. Crisostomo in front of Rizal Center. His life exemplified the best of Filipino heart and the ideals of Philippine national hero Dr. Jose P. Rizal. 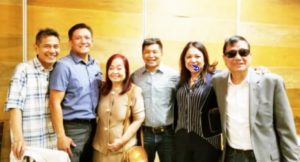 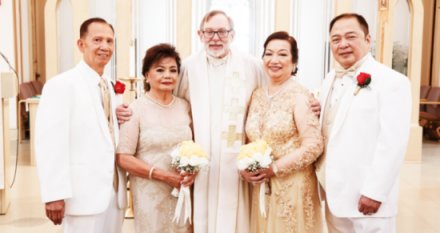