Marking the Eighteenth Anniversary of 11 September 2001. We Remember You. 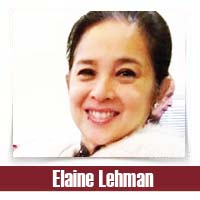 “No name shall erase you from the memory of time.”

The passing years do not lessen the rawness of the tragic events on Tuesday 11 September 2001. This year marks the eighteenth anniversary of that fateful day. We remember the lost. Their memories are blessings. All of them.

Remember what a beautiful country – the United States of America – we live in, made great by her many diverse peoples and immigrants. We must tend to her and our civil liberties more carefully. Our City of Chicago – of many peoples and nations – is community. Let us celebrate their memories in our work in serving our community, with commitment to bridging cultures, equity, and healing.

That Tuesday morning was notable for us, because we were living in New York City. I had decided to work from our apartment before heading to the offi ce. I had a meeting the next day with real estate clients and I called the wife to go over details. Her breath was short and she said, “David is downtown and I can’t get hold of him.” I said I could try to reach him and she said, “No. David is at the World Trade Center. A plane just hit the North Tower.” We then heard the sirens from FDNY Engine 54/ Ladder 4/Battalion 9, around the corner from our address. I turned on the television. My husband Ari ran up the stairs to our Midtown rooftop and watched the second plane as it struck the South Tower. That day, we stood silent together and watched the Towers fall and the giant, grey plumes of smoke fi lling the sky. From time to time, I can still recall the acrid Ground Zero smell that wafted across the city and into our closed windows for several weeks.

Like all New Yorkers, we have experienced grief and poignancy since that beautiful crisp, blue Tuesday. We all had known someone who perished when the Towers collapsed. We knew many. We were grateful when we learned of survivors. The next morning, I was relieved to speak with David – he was in Tower 7. I knew a Filipino who was on the Towers engineering staff. They were told it was safe to remain on their floor. He tried to convince others to leave. He alone escaped.

A week after the tragedy, I was downtown to meet diplomats. White cement dust from the Towers covered the streets downtown like fine snow. Police barricades everywhere. I ran into a friend I had not seen for some time, and together we walked in silence through Chinatown, Little Italy, the Village, up to Midtown. Missing persons posters and shrines for the lost lined the streets. Following the attacks, we saw many people leave the City. Good friends, musicians and artists, moved abroad. But we resolved to stay.

We will always be humbled to have served our beautiful city, as volunteers alongside NYPD, FDNY, and Mohawk Ironworkers at Ground Zero. We will always be grateful for the chance to help our city toward recovery and healing. The hundreds of hands held in solace. People who found themselves displaced, whom we welcomed into our home and shared our food and money. We, a city of many nations, were community.

At the end of 2002, we relocated to Chicago to fulfi ll fi lial duty. The indelible marks that fateful Tuesday made on us and the resilience of the New Yorker spirit is why we do what we do now for our communities, wherever we may be. In their memory. 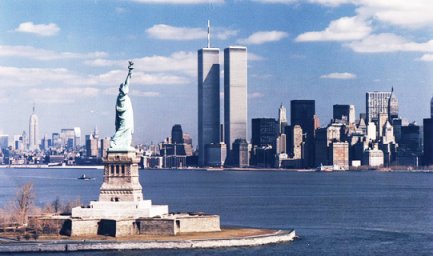