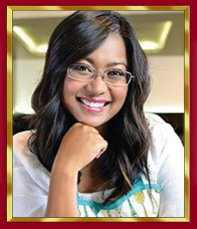 National cooking personality and host and founder of Momma Cuisine, Johanna Cook has been captivating audiences with Momma Cuisine for many years. The brand’s mission is to simply get families across America making Great Everyday Meals with simple ingredients and basic cooking techniques. Momma Cuisine’s vision is to connect with their targeted consumer base of busy moms by providing exclusive access to the best of what brands can offer.

Johanna Cook’s warm and engaging personality has helped her become an internationally recognized cooking personality and host, as she regularly appears on live television. Momma Cuisine’s online cooking series In The Kitch , which features interviews in the kitchen with nationally recognized celebrities, has garnered the attention of mainstream media. Momma Cuisine’s audience has become increasingly loyal and knowledgeable about the brand.

Momma Cuisine’s cooking show, “In The Kitch” is syndicated on multiple platforms like iFoodTV, The Food Channel, Roku, Frequency and of YouTube and Facebook. And starting on November 7, 2015, In The Kitch is now being shown worldwide as a segment in a new TV show, FilAm NOW! on GMA PINOY TV.

Also launching in November is Momma Cuisine’s very first and highly anticipated cookbook, “From My Pantry To Yours” presented by Kenmore appliances and can be purchased on Cookmore.com.

Momma Cuisine is currently in the middle of her yearly holiday cooking tour called “Ready For The Holidays,” presented by Echelon Foods and Kenmore, where she is traveling to multiple cities across the United States as a spokesperson for these brands in media-and consumer-driven events.