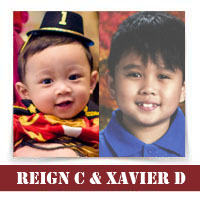 NEW YORK, March 10, 2021 – 15-year-old Alina Morse (of Michigan), inventor of candy that cleans your teeth, may have already appeared on the cover of Entrepreneur Magazine and given the #1 spot as the fastest growing candy company in America by INC Magazine, but Wednesday it was the compliments bestowed upon her during her appearance on “The Dr. Oz Show” that left her nearly speechless.

“I most treasure the fact that you are building something that is good for America,” said Oz, cardiothoracic surgeon, health expert & bestselling author. “I’m most impressed that you use beet root & turmeric for the coloring [in your candies]. They don’t have to use synthetic materials.”

“You’re good at marketing, a great salesmen, have great packaging, and great development,” said Corcoran, a ‘shark’ investor on ABC’s Shark Tank . “Alina, I’m going to hire you to run my business. I don’t think you need any help whatsoever. You could probably take another business on. This lady [Alina] does not need advice. She could advise me.”

At age seven, while researching ways to create healthy candy she could have all the time, Morse invented Zollipops®, the clean teeth lollipops, and hit shelves in 2014 at age nine. Her Zolli® Candy line (Zollipops, Zolli Drops, Zaffi® Taffy, Zolli Caramelz, Zolli Gumeez, Zolli Ball Popz) is now sold at over 20,000 retailers, including America’s largest, including the #1 retailer, Walmart, the #1 grocer, Kroger, the #1 drug chain, CVS, and the #1 online, Amazon. She also exports to China, Korea and France, while committing 10 percent of profits to support an increase in oral health education in schools by giving 4-MM products through her “Million Smiles Initiative” to help fight America’s most chronic childhood disease – tooth decay.

Zolli® Candy was invented by 15-year-old Alina Morse and are made in North America, by LOL, in Walled Lake, Mich. Zollipops and Zaffi Taffy are delicious, natural, zero sugar, KETO, vegan, allergy-friendly, diabetic-friendly, gluten-free, dairy-free and non- GMO candy treats, and certified sugar-free by Sugarwise. It contains erythritol (healthy sugar alternative) to not only provide guilt-free sweetness, but to improve oral health. By helping raise the pH (a scale used to measure acidity and alkalinity) in the mouth, Zolli Candy neutralizes acid and helps reduce the risk of tooth decay, dental caries and future development of cavities. Named the Fastest Growing Candy Company by INC Magazine (Aug. 2020), Zolli products are sold at over 20,000 retailers, including America’s largest, including the #1 drug chain, CVS, the #1 grocer, Kroger, the #1 natural chain Whole Foods, the #1 online, Amazon and #1 mass retailer, Walmart, Albertsons / Safeway, Raley’s & HEB store rounding out the domestic retail footprint. They also export to China, Korea, Taiwan, U.K. and Dubai, while committing 10 percent of profits to support an increase in oral health education in schools by giving 4-MM products through Morse’s “Million Smiles Initiative” to help fight America’s most chronic childhood disease – tooth decay. 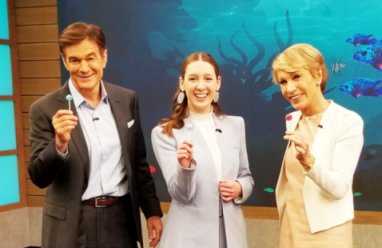