It is with deep sadness to announce the passing of Joselito T. Vitug due to complications from a long battle with the COVID-19 virus. He died peacefully on May 6, 2020.

Joselito T. Vitug was born to parents Jose and Consuelo Vitug, on August 16, 1945, in Lubao, Pampanga, Philippines. He graduated from the University of the East in the Philippines with a degree in Accounting.

He is survived by Yolanda, the love of his life. Joselito is also survived by his daughter Lalaine (husband Nathan), son Joel (wife Maria), as well as grandsons Ryne, Tyler, Jaryd, and Carter. He was also a beloved brother to the late Remberto (Tess), as well as to Nelson (Alice), Cynthia (Reynaldo), Imelda (Sulito) and Jocelyn. He is a dear uncle to many nieces, nephews, grand nieces, and grand nephews.

He came to Chicago on March 13, 1971 and his family shortly followed several months later. He petitioned his parents a few years later and they petitioned the rest of the siblings and families to America.

Joselito had a great sense of humor and wit. He was very intelligent and hard-working with his businesses. He was kind, loving, and generous to his family and friends. Joselito was also known for his great love of music. Without formal musical education and knowing how to read notes, he taught himself to play multiple instruments. He also loved to sing. Because of these talents and love for music, he and his close friends formed a band that played at weddings and social gatherings in the Chicago area.

Joselito was very active in the Filipino community. He founded and was the fi rst president of Samahang Filipino in Chicago, West Suburban Civic Group, and Lubenian Club of Chicago.

Joselito will be remembered as a loving, gentle, and kind man who was always there for his family and friends. He will be missed greatly.

Memorial services will be held at Salerno’s Rosedale Funeral Chapel in Roselle and will be interred at Assumption Cemetery in West Chicago. Dates and times will be announced shortly. 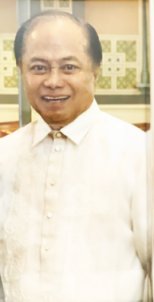 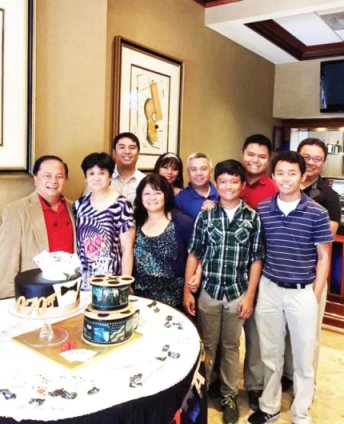 Joselito T. Vitug with his wife, children, and grandsons

2020-05-01
administrator
Previous: Tainam Food Market
Next: A Tribute to the Nurses on the Front Lines