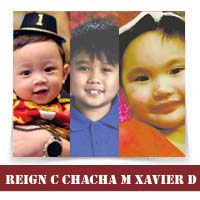 The film will receive the official award tomorrow and will be eligible to compete for this year’s Oscars ceremony.

San Diego, CA (October 16th, 2019) “Tree #3”, a short film created by students about students, sheds light on one of today’s most complex social and political issues. As stated in an Indie Shorts Mag’s review of the movie, “Three #3” successfully demonstrates how “racism, xenophobia and its cousins do not need to be violent or even rude in their expression.”

The film was directed and co-written by Omer Ben-Shachar, who wanted to tell a story that inspires people to be who they truly are, despite the outside world’s expectations. The film stars Lior Malka, a 12-year-old actor and real-life son of Israeli immigrants.

The movie is based on a story that the director has experienced several times, about an Israeli boy, Itai, who has recently moved to America. Itai fights to get a speaking role in his school’s upcoming play – only to be rejected for the role because of his looks and accent. Lior Malka breathes life and inspired energy into Itai, and the film promises to leave viewers empowered and uplifted.

The movie, an AFI thesis short film, was selected by the Student Academy Awards, out of 1,615 entries, and will be eligible to compete for this year’s Oscars ceremony in the categories of Animated Short, Live Action Short or Documentary Short Subject.