CHICAGO—The world’s most celebrated Japanese taiko drumming ensemble Kodo returns for a Symphony Center Presents (SCP) Special Concert on Thursday, February 28, at 7:30 p.m. The performance is a part of Kodo’s One Earth Tour 2019: Evolution, which showcases the group’s creativity in drumming, dance and song under the artistic direction of Kabuki actor Tamasaburo Bando.

For decades, Kodo has led the genre of taiko performance with dedication and innovation, resulting in a rousing whirl of energy. Evolution is a program of largescale works performed on a variety of drums with impeccable precision, from the Katsugi Daiko (“portable taiko”) drums to timpani to the massive 660-pound o-daiko drums. Bando has crafted a program that take with Mary to Jesus,” says Pat Deprey, Walk to Mary co-founder, who also serves as the event director. “Faith is a test of perseverance. It’s the journey we take to get there that makes it worthwhile.” “Our Lady’s instructions to Adele Brise, when she appeared for the final time to her at Champion in 1859, inspired Brise to journey in a 50-mile radius around Champion to teach children their catechism at homes in the area,” Deprey features dance, song and bamboo flute performances with stunning visual effects. Signature pieces like “O-daiko” and “Monochrome,” which have been synonymous with Kodo since the group’s early days, are set alongside more recent work such as “Kusa-wake” and “Color.”

In Japanese, the word “Kodo” holds a double meaning. It can be translated as “heartbeat,” the primal source of all rhythm. If read in a different context however, Kodo can also mean “children of the drum,” which reflects the group’s desire to play the drums with the simple heart of a child. Since the group’s debut at the Berlin Festival in 1981, Kodo has given 6,000 performances in 50 countries on five continents. The ensemble also participates in a wide range of projects and events, which includes headlining major international festivals, contributing to motion picture soundtracks and collaborating with a wide variety of global performing arts leaders. Kodo’s members and staff are based in Kodo Village, a 33-acre section of the Ogi Peninsula on Sado Island in the Sea of Japan.

Discounted student tickets for select concerts can be purchased, subject to availability, online in advance or at the box office on the day of the concert. For group rates, please call 312-294-3040.

Artists, programs and prices are subject to change. # # # 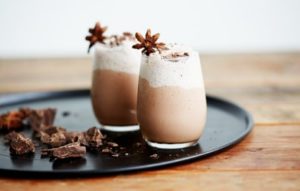 From Shrine to Shrine: It’s the “Walk to Mary”