Maria Ressa, Duterte, and Freedom of the Press On ‘Frontline’ and ‘Fresh Air’ 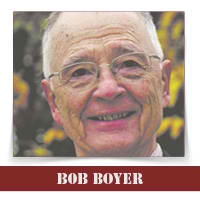 “Frontline,” the widely viewed PBS documentary series, and “Fresh Air Interviews,” the popular NPR radio program hosted by Terry Gross, are two of the most widely watched and heard public broadcasting programs in the U.S. They cover major events in the realms of politics and the arts around the world. This January, 2021, both programs examined the confl ict between writer-editor Maria Ressa and President Rodrigo Duterte, with Freedom of the Press being the center of contention. Terry Gross interviewed Maria Ressa on January 6, and “Frontline” featured her on January 8 in its fi rst documentary of 2021.

Maria Ressa is co-founder and Executive Editor of “Rappler,” a prominent online newspaper centered in Manila. She fi rst interviewed Duterte when he was Mayor of Davao, Mindanao. They initially had a reasonably good rapport, according to Ressa, which the documentary shows in the Ressa- Duterte interview about then Mayor Duterte’s plan to run for president. She asked how he would conduct his War on Drugs on a national scale. They argued, but civilly, almost friendly.

Ressa became increasingly critical of Duterte as president, in particular for his encouraging of large-scale extra-judicial killings of drug addicts. She quickly became a target of Duterte’s public attacks. In my annual December column, “Philippine News Highlights of 2020,” I quoted the headline, “Maria Ressa found guilty of cyber libel.” I was shocked by the conviction and the sentence of six months to six years in prison and a substantial fi ne. Ressa and her researcher were out on bail.

Here was a story to follow in 2021. So I was excited to learn from a friend (of the books-travel-arts and theater type) about the Frontline documentary shown on January 8. When I fi rst watched it, entitled “A Thousand Cuts,” I was impressed, but I had questions about recommending it to a general audience, one that might not be following Philippine politics closely. So I asked my friend for her reactions, on the overall production as well as the contents. Her response was characteristically prompt, detailed, and smart. And I was happy to see that she didn’t hold back on her personal opinions. In the following quoted paragraphs, I share her views with minimal editing, though I have left personal details out.

“Maybe I am a good subject for your queries, as I had no idea about Ms. Ressa or knew much about Filipino politics . . . . You are correct in thinking the production could lose viewers like myself, who have no background in Filipino politics, much less know about Duterte, his regime, and relationship with this elfi n woman. My double-screening (Ipad on my lap), fi lled in Ressa’s background, fi nding she was a Princeton grad etc. A voiceover was needed to set up the two protagonists, their backgrounds, and how and why they eventually clash. Thus, some good material and footage, but missing a tie-in to help the uninitiated.”

“A feminine side note which told a bit more about the woman, was her discussion with her sister of what to wear to her honor. Heels or no heels? Girly dress or serious business suit? Ressa brushed her sister’s suggestions aside and came as herself, speaking to her cause and not her appearance. You saw the real person and what was important to her.”

“The other take-away . . . was the similarity between Duterte and Trump. Both are masochists, mysogynistic and manipulative, though I think the Filipino media is more overall friendly to Duterte; because they have to be? Both surround themselves with sycophants.”

“The Fresh Air” interview fi lled in so many spaces the “Frontline” documentary left out. Ressa is a delightful, unimposing woman with heart. It made more human an exceptional person who is committed to free speech in her land. I’m not sure in which order I would suggest viewing or hearing . . . the interview or documentary fi rst. . . . The interview leading up to the show worked well for me.”

“As a neophyte in Filipino current affairs, it did pique my interest and [I] now have a glancing knowledge of the names and media fi ght involved.”

My friend clearly found the two programs interesting and instructive as well as entertaining. I agree. Viewers may not agree with everything heard or seen, but they will be engaged. I plan to write about both programs in my next column.