Born in Marion, Indiana, Wang was a graduate of Purdue University and of the Law School at Indiana University – Bloomington.

Early in his career, he served as legal counsel for U.S. Congressman Bud Hillis (R-IN-5th) and the Capitol Hill Club in Washington, DC. Later, he was assistant regional counsel for the U.S. Department of Health and Human Services in Chicago. It was during these years that he became one of the co-founders of the Asian American Bar Association of the Greater Chicago Area.

Wang later served as a deputy prosecutor in Tippecanoe County, Indiana for about fourteen years before becoming a Magistrate judge in Tippcanoe County in 2003.

He was known as being a compassionate, caring, thoughtful individual who was fair and made sure that all those before him were aware of their rights and had proper legal counsel. Wang was proud to be the fi rst Chinese American Magistrate to serve in Indiana.

Judge Wang last appeared in the Chicago area as Keynote Speaker for the Chinese American Civic Council of Chicago (CACC) Chinese New Year/Spring Festival Celebration in April 2019, at Furama Seafood Restaurant in Chicago’s Chinatown. Judge Wang’s life has been devoted to public service. “I’ve always been working for the public interest. My fi rst job … I worked in D.C. for a congressman. I worked for fi fteen (sic fourteen) years as a deputy prosecutor … in Tippecanoe County, and then for the past nine years, I was a magistrate judge,” he said in an October 28, 2015 “Purdue Exponent” interview. “The reason why I’m running” (for City Councilman at the time) “is because I want to continue serving the public and maintaining the high quality of life we have here in West Lafayette.” (Wang won that election.)

After retiring from the bench, he became an adjunct professor at Ivy Tech Community College in criminal justice in 2011. He loved teaching and interacting with his students.

Wang was elected to the West Lafayette, Indiana City Council in 2015, representing the 6th District, and re-elected in November 2019. His term was not set to expire until 2023.

Wang was also active in the community as a former Tippecanoe County, Indiana Legal Aid Board Member; and with the Blackbird Farms Homeowners Association. He was a member of the Indiana University Asian Law Alumni Association.

Services have been held. Memorial contributions can be made in Judge Wang’s honor to: Ivy Tech Foundation (Please memo note: “Norris Wang Criminal Justice Scholarship Fund”), and send to: Ivy Tech Foundation, 3101 South Creasy Lane, Lafayette, Indiana 47905. Condolences may be left via www.soller-baker.com. Or contact ENERI Communications in Chicago at info@enericom.net to forward any messages to the family. (By Irene Cualoping) 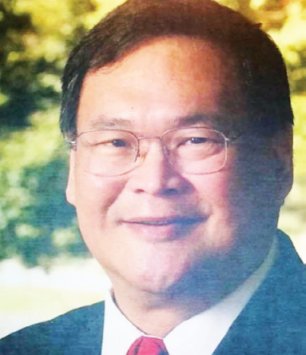