(Champion, Wis.) – The relics of Saint Pio of Pietrelcina, more commonly known as Padre Pio, visited the National Shrine of Our Lady of Good Help on Sunday, October 14, 2018 for public veneration from 8 a.m. to 5 p.m. The Most Reverend David Ricken, Bishop of Green Bay, will celebrate Mass in honor of Padre Pio at 11 a.m.

Padre Pio was known for his powers of healing and for being adorned with the stigmata. Stigmata is terminology the Catholic Church uses to describe the five wounds that appeared on Jesus Christ’s body during the passion, appearing on the forehead, hands, wrists and feet. Around the time of the first World War, Padre Pio had a vision where Christ pierced his side. A short time later, on September 20, 1918, Jesus appeared to him again and Padre Pio received his full stigmata. Padre Pio is the first priest in the Catholic Church to be stigmatized, which remained with him until his death in 1968. Pope John Paul II canonized Padre Pio in 2002.

The relics of Saint Pio on display for public veneration at Champion Shrine are:

Saint Pio’s crusts of the wounds

A lock of Saint Pio’s hair

In the Catholic Church, relics are physical objects associated with a saint or candidate for sainthood, including a part of a person’s body or something the person was in contact with. Relics are not worshiped, however, touching or praying in the presence of relics helps individuals focus on a saint’s life and virtues, drawing the individual closer to the saint and to God.

Due to the large crowds Padre Pio’s relics usually draw, please understand that the waiting line may be long and individuals were limited to 10 minutes. The 2018 tour of Padre Pio’s relics, sponsored by The Saint Pio Foundation, is in commemoration of the 50th anniversary of his passing. In 2017, the tour drew more than 250,000 faithful across the United States.

The National Shrine of Our Lady of Good Help is located at 4047 Chapel Drive in Champion, centrally located between Green Bay, Sturgeon Bay and Algoma. It is open 365 days a year, from 7 a.m. to 7 p.m. For more information, visit www.ShrineOfOurLadyOfGood- Help.com.

On Oct. 9, 1859, the Queen of Heaven appeared to Adele Brise in Champion, Wisconsin, and said to her, “Gather the children in this wild country and teach them what they should know for salvation. Teach them their catechism, how to sign themselves with the Sign of the Cross and how to approach the sacraments; that is what I wish you to do. Go and fear nothing. I will help you.” In 2010, Bishop David Ricken granted formal Church approval to the Marian apparition at the Shrine of Our Lady of Good Help. In 2016, it was designated as a National Shrine by the U.S. Catholic Conference of Bishops. It is the first and only confirmed appearance of the Blessed Virgin Mary in the United States.

2018-10-01
administrator
Previous: Who Gets The Engagement Ring?
Next: Tenth Street Hats 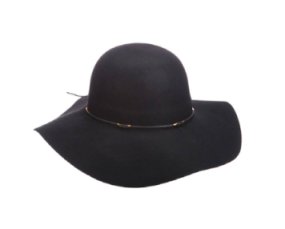