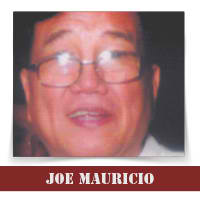 Predicting how the U.S. Supreme Court will decide a case based on the questions the justices raised during the oral arguments with the tone of an endeavor and the tone of the exchanges today (November 13) did not bode well for the supporters of Deferred Action for Childhood Arrivals (DACA) program.

Chief Justice John Roberts, a potential swing vote, at times seemed to give credence to the Trump administration’s argument that President Obama lacked the legal authority to create DACA in the first place. If the Court finds that President Trump has the authority to end the program regardless of his rationale, the damage to the so-called Dreamers receiving protections, and in the communities in which they live, could be disastrous.

It would give the courts one of the hardest approaches to immigration in modern American history. It goes without argument that the 700,000 people receiving protection from deportation were living here without permission prior to gaining DACA status.

But it makes no sense to oust the Dreamers from the country they have ever known, and to deport them to countries that are not only foreign to them but they don’t speak the language.

Remember, most of the Dreamers bear little or no responsibility for their predicament since they arrived as children.

Congress should push through a clean bill offering legal standing and path to citizenship to qualified Dreamers.

A pro-DACA decision by the Supreme Court would be welcome, but it is not a long-term solution since the Trump administration or any future anti-immigrant regime could simply go through the bureaucratic process and end the Dreamer protection.

Remembering December 7, 1941 and December 8, 1941 The surprise Japanese attack on Pearl Harbor that thrust the United States into World War II was a day that would live in Infamy.

Americans did not stand alone after the attack. They rose to their feet and the nation came together to fight for freedom in two theatres of war. It was a long, hard struggle that only ended with the dropping of atomic bombs.

We remember this 75th anniversary not just by the moments of prayers and reflections, but by refocusing on being better Americans.

Japan launched an attack on the Philippines on December 8, 1941, just hours after their attack on Pearl Harbor. Manila was declared an open city to prevent its destruction, and was occupied by the Japanese on June 2, 1942.

By the time the war ended, 320,000 Japanese troops died, 15,000 Americans have died defending the Philippines. The hardest hits were taken by the people of the Philippines with more than 6 million lives lost.