The streaming service first came under fire for the film last month after a poster for the movie was released.

The film, directed by Maïmouna Doucouré, premiered at the Sundance Film Festival in January. “Cuties” follows an 11-year-old girl living in Paris who wants to join a local “free-spirited dance crew.” Despite her conservative upbringing, she rebels against her parents and joins the troupe.

The film’s release has also sparked the trending hashtag #CancelNetflix on Twitter, but the streaming service is urging critics to watch the film.

“Cuties is a social commentary against the sexualization of young children,” a Netflix spokesperson said in a statement to TODAY. “It’s an award winning film and a powerful story about the pressure young girls face on social media and from society more generally growing up – and we’d encourage anyone who cares about these important issues to watch the movie.”

Special interest groups and politicians have made public statements against Netflix and the film itself. The National Center on Sexual Exploitation (NCOSE) and the Parents Television Council (PTC) released statements regarding “Cuties” earlier this week, condemning the platform for the movie’s release and the content of the film.

Sen. Josh Hawley penned a letter to Netflix’s CEO Reed Hastings with a list of questions to be addressed on Friday and called for “the immediate removal” of the film from the streaming platform on Twitter.

Initial criticism for “Cuties” began last month when the promotional poster for the movie in the U.S. was introduced on social media. While the French poster for the film shows a group of girls walking on the street holding shopping bags, the U.S. poster features the group of girls posing in revealing two-piece dance costumes. Variety reported that an onslaught of online criticism followed, including many saying that the poster sexualizes children.

“We’re deeply sorry for the inappropriate artwork that we used for Mignonnes/Cuties,” Netflix said via a statement on Twitter. “It was not OK, nor was it representative of this French film which won an award at Sundance. We’ve now updated the pictures and description.”

Netflix subsequently took down the original promotional poster for the film and replaced it following the controversy. 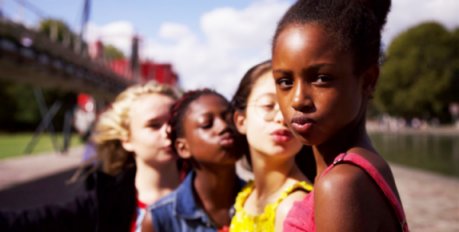 “Cuties,” a French drama, was released in France last month and debuted in the U.S. on Netflix this week. (Netflix)

2020-09-01
administrator
Previous: Husband and Wife Team Traverse U.S. to Help those Impacted by Disasters
Next: Salute to American Workers on Labor Day