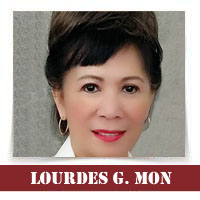 In 1776, to commemorate the signing of the Declaration of Independence, John Adams wrote to his wife Abigail that the signing should be celebrated with “pomp and parade, games, sports, guns, bells, bonfires, and illuminations, from one end of this continent to the other, from this time forward forever more.”

Since then until today, fireworks, parades, fairs, family barbecues, and food festivals, are probably the most popular and commonplace July 4th celebrations. Below are the unique ones in certain places in America.

To start off, Maine is the lobster paradise, with the Lobster Institute, the Lobster Festival, and a statue of the Lobsterman. However, Maine is well-known for its Lobster Race, every July 4th. It was started in 1978 as part of a fundraising for the Mount Desert Island YMCA. Since then, it has raised significant amount of funds for the YMCA.

A crowd-pleaser, the Lobster Race is participated by children, adults, people of all ages, residents and out-of-towners. Since then, race attendees can place bets on the lobster contender of their choice and watch as the crustaceans crawl through a Plexiglas tank to the finish line.

New Hampshire ranked America’s most patriotic state, celebrates Independence Day by hosting a Naturalization Ceremony of new American citizens at the 10-acre Strawbery Banke Museum. Each year, more than 100 new citizens from approximately 30 nations participate in the oath-taking. The ceremony is held on the Museum grounds, open to the public and is free of charge.

This marquee event is held in partnership with the U.S. Citizenship and Immigration Services, and the United States District Court – District of New Hampshire. This Museum’s favorite holiday occasion invites people “to come feel reinvigorated by the joy and patriotism shared by those who make their own special day on their new nation’s birthday.”

Every Fourth of July on Catalina Island, the Golf Cart Parade has become the center of attention. The University of Southern California’s Trojan Marching Band ferries over from Los Angeles to serenade parade viewers.

The parade theme changes from year to year and a golf cart may be decorated with the National and State flags from across the United States. Or, showing off their favorite baseball team with a decked-out Cubs themed cart or the bright green of Wrigley’s Doublemint 35-cent chewing gum.

Chicago has a special affinity with Catalina Island because of the Wrigley Family. William Wrigley, Jr. fell in love with the island, a century ago. That love affair lasted for the rest of his life and became a legacy he passed on to his descendants. He had the Wrigley mansion built in 1919 and was finished in 1921, to be a home for himself and his wife. The location of the mansion is on the top of the mountain of Catalina Island and was named Mt. Ada after Mr Wrigley’s wife, which is now a local tourist spot.

I have been to Catalina Island it is indeed one exhilarating place, with the Wrigley mansion standing majestically, seen from the water to the center of town.

One of the oldest Fourth of July races and most unique, is held in Seward, Alaska, where the midnight sun reigns supreme. Founded in 1915, Seward’s Mount Marathon Race attracts elite runners who run up on a course that spans 3,000 feet elevation up high in the mountain. It is considered the toughest 5K race on earth. Spectators climb the mountain course to give snacks and words of encouragement to the runners.

According to the organizers, “The men’s and women’s courses are a grueling 1.5-mile climb up, and back down, Alaska’s majestic and treacherous Mount Marathon. Runners from around the world join Alaskans in pursuit of a common goal; to safely complete this iconic footrace, whether on the podium or in the pack.”

Since 1997, Major League Eating (MLE) and the International Federation of Competitive Eating (IFOCE) sanctioned the event. Today, only contestants under contract with MLE can enter the competition. Some 20 contestants typically includes the defending champion, the winners of a regional qualifying contest for that season, individuals qualifying as one of two wildcards (highest two average qualifier scores without winning a single qualifier), and those invited by special invitation of the MLE.

The prize of the winner in the men’s competition is possession of the coveted international “bejeweled” mustard-yellow belt. For the women’s competition, it is a bejeweled pink belt. The belt stays in the country of the winner, and passed on from winner to winner. Over the years, different prizes are awarded, like a travel package. Since 2007, cash prizes have been given to top finishers.

I would like to end by saying that one of my most favorite patriotic song and most appropriate this month is “God Bless the USA” (I’m Proud to be an American) by Lee Greenwood. Listen to it sometime on YouTube. It will absolutely melt your heart. HAPPY JULY 4th to All! 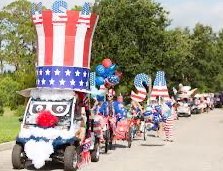 2022-07-01
administrator
Previous: Napleton
Next: From the Readers