A Trip to the University Club Chicago to Meet Ms. Kellyanne Conway

First thing, my sincere thanks to Jan Paul Ferrer, VT columnist and VP, Certified Financial Planner for Stanley Morgan Chicago and a longstanding member of the prestigious University Club of Chicago for inviting us last June 23rd, to join him for luncheon at the UC. together with friends Dely Villalon, Cindy Flores and his other clients.

Kellyanne Conway, the first woman in American history to manage a winning presidential campaign (Trump’s), recently joined the University Club Chicago to discuss her journey to the White House with former chief strategist and senior advisor to President Barack Obama, David Axelrod, and discuss about her new memoir, “Here’s the Deal,” which bares all about her job as the first woman senior counselor to the US President, how her job affected her marriage and family life.

“The book focuses on what she thinks about politics, media, her time in Washington and her personal life, what she had to say about her husband, Jared Kushner and Melania and Ivanka Trump. She wrote about feeling stuck between her boss, Trump, and George Conway, her husband (a half-Filipino) and Trump’s fierce critic. She says, “On one side was my marriage and my husband. On the other was my job and my boss. George was mixing the two of them in a highly combustible manner,” she wrote, referring to “his daily deluge of insults-by-tweet against my boss — or, as he put it sometimes, ‘the people in the White House,’” according to an excerpt published in People magazine.

“George Conway, often referred to as Mr. Kellyanne Conway by those who know him, is VERY jealous of his wife’s success and angry that I, with her help, didn’t give him the job he so desperately wanted,” Trump wrote on Twitter in 2019, per The Washington Post. “I barely know him.”

Kellyanne Conway shares anecdotes of finding support from other women while working in the White House — Ivanka and Melania Trump, the former President’s daughter and former first lady, specifically. “On occasion I’d come to her for big decisions regarding her father, and she’d consult with me about how to handle this or that. Ivanka offered empathy and an ear,” she said. “Ivanka and I certainly had one thing in common now: Both Jared and George were often referred to as ‘husband of …’” Conway said.

In one instance, the former president was venting to his wife about George Conway and his series of hateful tweets against him.

“Melania’s calm voice piped in immediately as my mouth closed and my eyes widened,” she wrote. “‘Donald,’ she said, ‘this is not her fault. And she is a big girl. Strong and confident.’” “Melania wasn’t done. ‘We don’t control our husbands — and you don’t control us!’”” 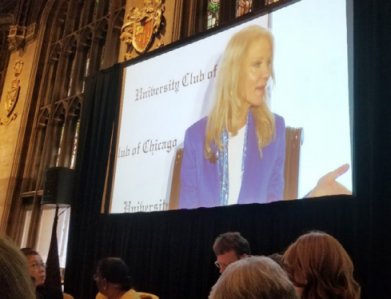 The video screen inside the dining room of the University Club, with one-on-one with David Axelrod. 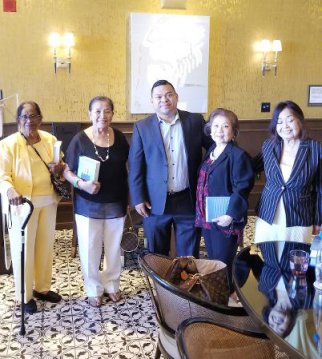 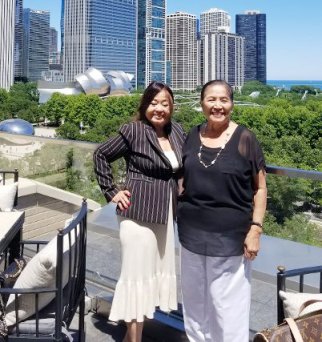 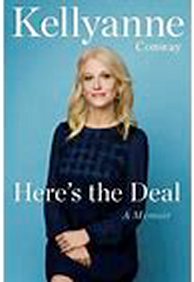 The book cover of “Here’s The Deal”, a memoir, authored by Kellyanne Conway.