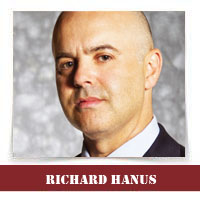 In the world of U.S. immigration law, a foreign national battered husband or wife, and sometimes child, may be eligible for special immigration benefi ts, including permanent resident status – and all without the cooperation of their abusive U.S. citizen or resident spouse or parent. Indeed, foreign nationals who marry U.S. citizens or residents are often vulnerable to the whims, cruelty and even brutality of their U.S. spouse, and accordingly, Congress enacted a variety of laws aimed at protecting these foreign nationals. The following is a summary of the legal options available to achieve resident status in such circumstances:

I-360, Battered Spouse Self Petition (for those not yet issued a green card): No matter the legal status of the foreign national in question – whether they overstayed their visa, or entered without a visa in the fi rst place, the I-360 Battered Spouse Self Petition is often a viable avenue for a battered spouse to obtain U.S permanent residence, or “green card” status – and again, without the assistance or support of their abusive U.S. spouse. Those fi ling battered spouse “self-petitions” must establish their good moral character and present one or more of the following types of supporting documents: 1) detailed affi davits – including their own, as well as witnesses, to the abuse or the aftermath of the abuse suff ered by the foreign national, 2) hospital records, 3) police reports, 4) domestic violence related orders of protection, 5) documentation refl ecting mental health services or housing sought, such as counseling or shelter assistance 6) photographs capturing any physical injuries and 7) statements from clergyman.

The fi ling of an I-360 Battered Spouse Self Petition along with an I-485, Application to Adjust Status to Permanent Resident can set the table for the applicant to receive an employment authorization document within months of fi ling, and eventually, if all goes well, a green card.

I-751, Waiver of Joint Petition to Remove Conditional Basis on Permanent Residence (for those issued only a 2 year, conditional green card): When a foreign national is initially approved for resident (green card) status based on marriage to a U.S. citizen, it is typically on a conditional basis and a 2 year period. By the time this 2 year period ends, the underlying marriage is hopefully intact and the parties are in a position to fi le a “Joint” I-751 petition to remove conditional basis on permanent residence. Such a fi ling should be supported with documentation confi rming the parties cohabitation at time of fi ling and for the 2 year conditional resident period leading up to the fi ling.

However, if the marriage at issue falls apart, including when the foreign national becomes the victim of the U.S. spouse’s physical or extreme mental abuse, option are available including the fi ling for a waiver, or an excusing, of the joint petition requirement. In such a case, the cooperation of the abusive U.S. spouse becomes unnecessary, and accordingly, only the foreign national’s signature is required. An I-751 waiver petition will be approved when the foreign national is able to document one of the following: a) that the marriage at issue has been dissolved and that the underlying relationship was genuine and not entered into solely for the purpose of facilitating immigration benefi ts, b) that the denial of the waiver fi ling would cause the applicant and their family to experience extreme hardship, OR c) the applicant is the victim of their U.S. spouse’s physical abuse and/or extreme mental cruelty.

Supporting documentation that should be included with such fi lings, assuming available, include any paperwork detailing that the couple shared a residence for any period (the longer the better). For example, joint bank account statements, tax returns, insurance records, credit account statements, photos or other documentation refl ecting that the couple shared a residence. For waiver fi lings premised upon their spouse’s physical or mental abuse – similar to the self-petition discussed above – it is essential that the applicant include their own detailed statement, and if possible, those of witnesses as well as a psychologist or counselor, all confi rming that the marriage at issue was sincere and detailing the nature of the abuse infl icted. These affi davits become all the more important when other evidence of a shared household and residence is not available – as is quite common when we are dealing with a turbulent, abusive relationship.

“RICHARD’S BLOG” Copyright © 2021, By Law Offi ces of Richard Hanus, Chicago, Illinois (To be continued on next issue)

2021-11-01
administrator
Previous: Setting Yourself Up for Success as a Caregiver
Next: From the Readers