Gov. Rauner remarked that, “Filipino American History Month is a wonderful opportunity to celebrate and reflect on the contributions Filipino Americans have made to our state and country, including the Filipino veterans of WWII.”

During the brief noontime ceremony, Consul General Generoso DG Calonge, for his part, extolled the importance of celebrating FAHM to remember the history, as well as the noteworthy contributions of the Filipino American community, not just in Chicago but in the entire United States.

The highlight of the ceremony was the presentation of awards by Gov. Rauner for community service, business leadership, emerging leader and lifetime achievement to Filipino-Americans Jasmine Hernandez, Edgar Jimenez, Michelle Lura-White and Ronal Bongat, respectively. A social service award was given to the Filipino American Historical Society of Chicago. During the event, Governor Rauner presented a surprise special honorary award to Consul General Calonge for his outstanding leadership in and distinguished service to the community. Gov. Rauner also issued a Proclamation for the FAHM in Illinois wherein he acknowledged the contributions of Filipino Americans to the state of Illinois and to the United States as a whole in the fields of culture, society, politics, economics, education, technology, and religion. The celebration of FAHM will be observed in cooperation with the Filipino American communities in Chicago, suburban Illinois, and the Midwest. 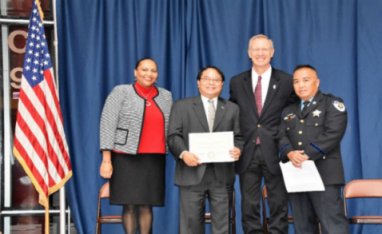 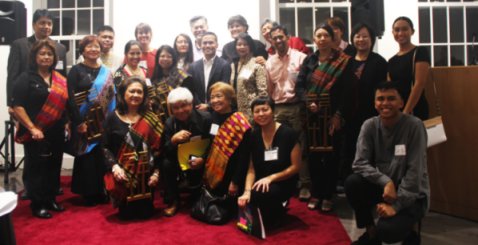