The Trump Administration is targeting immigrants in a new way 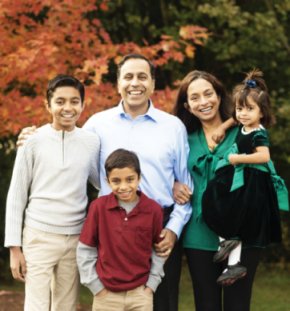 My family moved to the United States when I was an infant. Before we could live out the American Dream, my family benefited for a time from the generosity of the American people in the form of food stamps and public housing. I wouldn’t be a member of Congress today without that help.

The Trump Administration has announced it will make it much harder for legal immigrants who use government programs to obtain a green card or gain U.S. citizenship. As you can imagine, this decision hits particularly close to home for me. Without the support of temporary public relief, it would have taken my family much longer to achieve the American Dream and become thriving members of the middle class.

I believe America is at its best when we help people get back on their feet after they have fallen down economically. These new policies from the Administration conflict with my deeply held beliefs.

On Friday, the Trump administration released their annual report to Congress on White House Office Personnel

It includes the name, status, salary and position title of all 377 White House employees. The report also said that Trump decided not to take a dime of his salary; instead he donated it to an amazing cause.

The report also showed that President Trump is far better at saving money. The total annual White House salaries under Trump are $35.8 million vs. $60.9 million under Obama, a savings of $25.1 million.

Here are some other key findings: There are 140 fewer employees on White House staff under Trump than under Obama at this point in their respective presidencies. There are only five staffers dedicated to Melania Trump vs. forty-four staffers who served Michelle Obama (FY2009).

However, it’s what the report said Trump did with this salary that has everyone talking. Instead of taking his salary, Trump donated all $400,000 to the Department of the Interior where it will be used for construction and repair needs at military cemeteries! AMAZING!

It’s so great to have a President who loves our brave military men and women so much! OH, and where’s the media coverage of this? That’s right, they don’t cover anything decent that the President does..

BUT WILL YOU PLEASE, PASS THIS MESSAGE ON TO ALL YOUR EMAIL PALS AND OTHERS!

IN GOD WE TRUST