Press Release
Home / Community News / Will this priest killed in the year 2000 be the next Filipino saint?

Will this priest killed in the year 2000 be the next Filipino saint?

November 25, 1965, in Olongapo City, located in the Luzon area of the Philippines. He was the second child of five. He was not only a good student; he was a happy boy and made his parents proud. He seemed a bit shy, but once people got to know him, he would always be joking and laughing. In high school, his classmates said that he was quiet and funny, and always ready to give advice. Everyone liked him.

In 1988 he answered the call to the priesthood, and joined the Claretian Order. Founded by Anthony Mary Claret in 1849, today they are active as missionaries worldwide, with more than 3,000 priests and brothers serving with them.

The Claretians are also known for their deep devotion to the Immaculate Heart of Mary. Rhoel took his first vows in 1989. He was given the nickname “Little Claret,” after the saintly founder, because of his small size and saintly manner and his simple and fervent way of praying. He was ordained to the priesthood in 1994.

Father Rhoel had completed his pastoral year in Maluso, Basilan. During that year, he experienced working with the poor and with his Muslim brothers and sisters. These experiences aided him in developing into a committed missionary ready to witness to God’s love for all people.

He especially had an inner desire to help the helpless. A blind woman remembered how Father Rhoel would come to her and help her wash her hands. She said, “I knew a lot of priests, but nobody ever washed my hands except Father Rhoel.”

A few years after he was ordained, Father Rhoel volunteered to go to the most dangerous Claretian mission in the Philippines, a place called Tumahubong. He was assigned as a parish priest serving San Vincent Ferrer Parish and as Director of the Claret School. This is where he reached the high point of his short time as a missionary. Ironically, he had volunteered because the assigned priest had taken ill, and a replacement was needed. 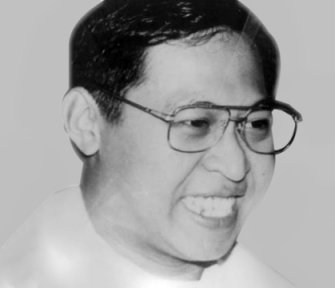 2021-08-01
administrator
Previous: A Just Judge Who Paid the Ultimate Sacrifice
Next: August is the End of Summer– Exciting Events & Activities