Thinking of Claiming Social Security at 62? Here Are 3 Reasons You Shouldn’t 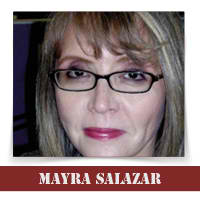 If you’re thinking of signing up for Social Security at 62, know that doing so could be a decision you ultimately regret. Here are three reasons it pays to wait.

1. Retirement will probably cost more than you think

Many folks assume that their expenses will drop drastically once they retire, but when you look at the things you’re currently spending money on, you might realize why that line of thinking is flawed. Save for commuting costs and other incidentals related to going to work, most of the expenses you’re currently facing will still be on the table in retirement, like auto insurance, food, utilities, and clothing. And even if you manage to pay off your mortgage in time for retirement, that savings might be offset by rising property taxes and increased maintenance and repairs as your home ages.

Furthermore, some of your current expenses might actually go up in retirement, like healthcare, since medical problems tend to manifest as folks age. In fact, data from the Employee Benefit Research Institute released a couple of years back found that nearly half of households spent more money, not less, during their first two years of retirement, while 33% of households spent more during their first six years in retirement.

And there lies the danger of filing for Social Security as early as possible. In doing so, you risk reducing a major income stream for the rest of your life before you’re even gotten a chance to see what retirement actually costs you.

2. Longer life expectancies increase your risk of getting shortchanged

Social Security is technically designed to pay you the same lifetime total whether you file early, late, or right at full retirement age — but that assumes you only live until a certain point. Many seniors today, however, are living longer, which means that if you file for benefits as early as possible, you risk getting less income from Social Security in your lifetime.

Of course, if your health is poor and you suspect you won’t live a very long life, then this advice doesn’t apply. But if you think you might live until your mid-80s or beyond, then filing at 62 could mean depriving yourself of a fair amount of income during your senior years.

3. There are so many things you can do with that extra cash

Maybe you’ve saved pretty well for retirement, and can therefore afford the hit on benefits that comes with filing as early as possible. Even if that’s the case, remember that while free time is a luxury during your working years, it’s a permanent fixture in retirement. As such, you might find that you can use all the money you can get your hands on for things like leisure and entertainment. And that’s why claiming Social Security at 62 is a move you might really regret — even if you don’t need the extra money in your benefits, it could come in very handy at a time when the world is your oyster, and you’re eager to enjoy your golden years to the fullest.

Though claiming Social Security at 62 isn’t always a terrible idea, for many seniors, it’s the wrong move. Think about the ramifications of filing as early as possible before going through with it so that you don’t wind up bemoaning your haste after the fact.