Don't Miss
Home / Sections / Life Love Lust / Is this platonic or something else?

Is this platonic or something else? 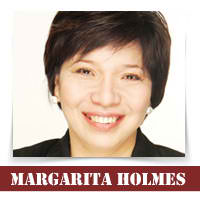 I’m a working mom, mother to 2 beautiful daughters aged 5 and 2. I am married to my wonderful husband who is working abroad.

In my workplace, I have a best friend. He is an engineer. He will do anything for me. Any favors that I’m asking from him, he’s always there for me. When my youngest daughter was rushed to the hospital a few weeks ago, he visited us after his duty from the night shift (10 pm to 6 am), then he took care of me and my daughter. He stayed there for almost 10 hours.

He is a married man. His wife is working also in another company.

My question is: He is in love with me or he did that because he is my friend?

You have been somewhat selective with the information you have given us. True, we know you have beautiful children, a wonderful husband abroad and a best friend at work who helps you unstintingly. But when it comes to your question – is he in love or just a friend? – background detail is surprisingly absent.

If it is any of these, then you have a choice: 1) allow the relationship to continue, put two marriages potentially at risk if one or both of you develop feelings beyond friendship or 2) reduce/end the relationship to avoid what the priests used to call (may still call for all I know) “occasions of sin.”

Of course, if all of this is based on a totally erroneous reading of your situation, then you can freely continue your friendship without fear of untoward complications. I doubt, however, if that is the case given that you are asking this question in the fi rst place.

Thank you very much for your letter. I feel Mr Baer was unduly harsh (and therefore wrong) in saying that you were purposely reticent in describing your situation and that your reason for asking your very reasonable question had ulterior motives.

Your question was: “He is in love with me or he did that because he is my friend?” To paraphrase that, can men really have platonic relationships?

My clinical practice suggests otherwise, despite all these years of people saying “Yes you can. You can have two heterosexual best friends who spend tons of time together and yet have no romantic/ sexual interest in each other.”

Happily, research agrees with me: Platonic relationships are not really possible, at least according to the research done by Dr. April Bleske-Rechek, a psychologist at the University of Wisconsin, Eau Claire.

According to Dr. Bleske- Rechek men are more attracted to their female friends than their female friends are to them. Such overestimating of women’s interest is not unusual for men. “Men over-infer women’s sexual interest in a variety of contexts, and I definitely see that extending into the domain of cross-sex friendships as well.”

Thus, I think it shows tremendous astuteness and forward thinking to wonder whether your platonic friend is actually in love with you or is merely doing all he did because he is your friend.

Dr. Bleske-Rechek is the first and only psychologist I know who has done a rigorous, methodologically sound study on platonic love. Her findings were: The results suggest large gender differences in how men and women experience opposite-sex friendships. Men were much more attracted to their female friends than vice versa.

Men were also more likely than women to think that their opposite-sex friends were attracted to them—a clearly misguided belief. In fact, men’s estimates of how attractive they were to their female friends had virtually nothing to do with how these women actually felt, and almost everything to do with how the men themselves felt—basically, males assumed that any romantic attraction they experienced was mutual, and were blind to the actual level of romantic interest felt by their female friends. Women, too, were blind to the mindset of their opposite-sex friends; because females generally were not attracted to their male friends, they assumed that this lack of attraction was mutual.

In addition, men were also more willing to act on this mistakenly perceived mutual attraction even if they were married – italics mine.

I am so sorry, dearest Pia, if this means you cannot be as natural with your best friend as you used to be—at least before you talk to him (that is, IF you feel talking to him is the best way to deal with this). However, the sooner you clarify your relationship with him, the better it will be for him, you and also your respective spouses.

MG Holmesto decide to enjoy it on the fantasy level lang— either forever or for right now.

All the best—MG Holmes Thank you rappler.com for allowing me to republish this.